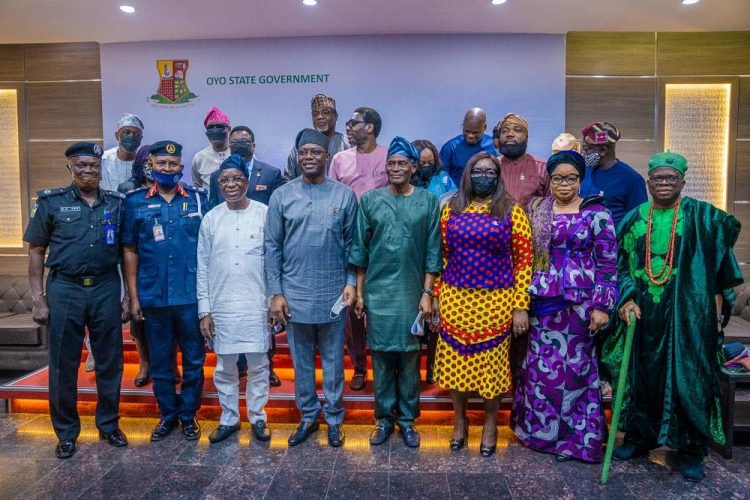 Seyi Makinde at inauguration of Amotekun in Oyo State

According to the governor, the inauguration is another step his government is taking to tackle the security challenge in Oyo State.

While speaking at the event, the governor hinted that the state will, in the coming days, unveil new set of security strategies that will see increased presence of security operatives around the state.

The Oyo governor at the event cautioned against the politicization of the security issues facing the state. He said that opposition politicians are riding on the perception of insecurity to gain prominence in the state.

Makinde further challenged opposition politicians to a debate on how differently they will handle the issue of insecurity in the state.

He also urged residents to see the task of security of the state as a collective responsibility and not leave it all alone to him and his government.

“In the days ahead, we will also let the people of Oyo state know new things we are doing as far as security is concerned and when they see security operatives all around, they must give them total support, he said.

“I can go to Igangan and take responsibility for some of these activities but security is our collective responsibility. It is not just for the government or the governor alone. Everybody needs to come on board and play their own part.

“I have been listening and watching people try to politicize the issue of security. Well, I want to appeal to such individuals, within the state, to know that it is our state and it is only God that puts people in positions.

“If you want to destroy your state before everybody to gain political power, I wonder the kind of state such kind of individual wants to govern.