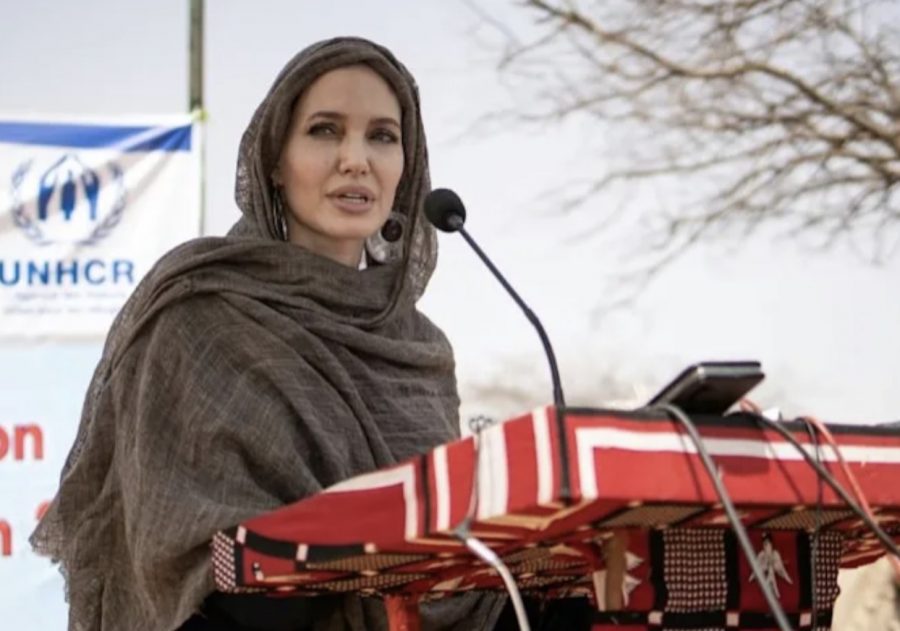 The refugee camp in Goudebou shelters thousands of Malians who fled jihadist violence.

Her visit aims to bring attention to the issue of displacement of people around the world.

She said at the camp that the way the international community tries to address conflict and insecurity is broken.

She called on the world to focus on finding solutions to reduce refugee numbers globally, noting that one person out of 95 people is forcibly displaced.

Jolie went on to state that the world needs to “wake up to the track we are on globally” where conflict and climate change could force “hundreds of millions” of people to leave their homes seeking refuge elsewhere.

“I have marked this day every year for 20 years with refugees in different countries,” she said after her visit.

“I have never been as worried about the state of displacement globally as I am today,” she added.

“The truth is we are not doing half of what we could and should to find solutions to enable refugees to return home — or to support host countries, like Burkina Faso, coping for years with a fraction of the humanitarian aid needed to provide basic support and protection.”

Fadimata Mohamed Ali Wallet, a refugee in the camp felt it wasn’t just Mali, where she fled from, that had terrorism issues forcing people to flee, but a problem for the whole of Africa.

Burkina Faso is acutely affected by the current displacement crisis in the Sahel region of West and Central Africa.

More than 1.2 million people have been forced to flee their homes since 2019.

Funding for the UN Refugee Agency ‘s response in Burkina Faso remains critically low, with only 22 per cent of the funding required being met.