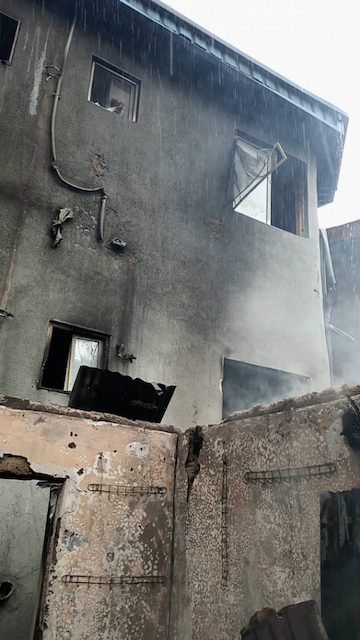 The three-storey building in Marina Lagos destroyed by fire

The Lagos State Emergency Management Agency (LASEMA) said no life was lost in the fire outbreak which occurred in a three-storey building in Marina, Lagos Island, on Sunday.

LASEMA spokesman, Nosa Okunbor, told the News Agency of Nigeria (NAN) that the fire started in one of the flats in the building.

“Earlier today, LASEMA and other stakeholders extinguished the fire that gutted the three-storey Elephant House building at Marina.

“We effectively stopped it from extending to other property around it. Fortunately, no loss of life and no injuries were recorded.

“Situation report regarding the fire outbreak, upon arrival at the scene, showed that the above location was engulfed by fire.

“Further investigation at the incident scene revealed that the fire started from one of the flats at the third floor of the building,” he said.

He added that efforts to put off the fire proved abortive as the gas cylinder in one of the rooms exploded and spread the fire to adjoining flats in the building.

“The raging fire was eventually extinguished with the combined efforts of the community, LASEMA, Lagos State Fire Service (Lekki, Onikan Stations) and the Federal Fire Service,” he said.