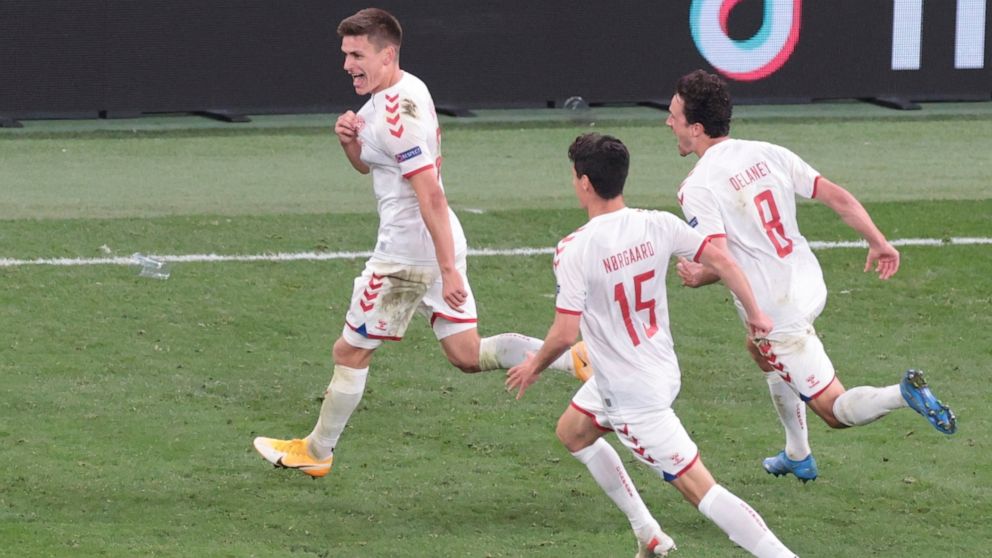 Denmark recorded their second miracle at Euro 2020, thumping Russia 4-1 to book a spot in the knockout stage.

Their first miracle was the resuscitation of their captain, Christian Eriksen, who had a sudden cardiac arrest and was almost gone, but revived by first aid responders.

On Monday, the Danish team had another reason to celebrate, for good at their Parkden Stadium in Copenhagen.

After Christian Eriksen’s collapse in the first game and two subsequent losses, Monday provided a time to celebrate.

And given all the team’s earlier misfortune, perhaps it was fitting that they were helped by a massive gift this time.

Mikkel Damsgaard put Denmark ahead in the first half with a looping shot from outside the area.

Yussuf Poulsen made it 2-0 in the 59th after Roman Zobnin tried to play a backpass to his goalkeeper but instead gave the ball straight to the Denmark forward, who put it into an empty net.

That gave Denmark a big lead but Artem Dzyuba got Russia back in the match when he made it 2-1 from the penalty spot.

However, Christensen netted from outside the area in the 79th and Maehle finished off a quick counter in the 82nd to put the game beyond doubt.

Maehle went straight to a TV camera to make a “10” gesture with his fingers — Eriksen’s number for the national team.

The goals made a lot of difference for Denmark, in Group B, as Russia and Finland all ended up with three points behind leaders Belgium with nine.

But Denmark has one goal advantage, while Finland recorded two goal deficit and Russia a massive five.