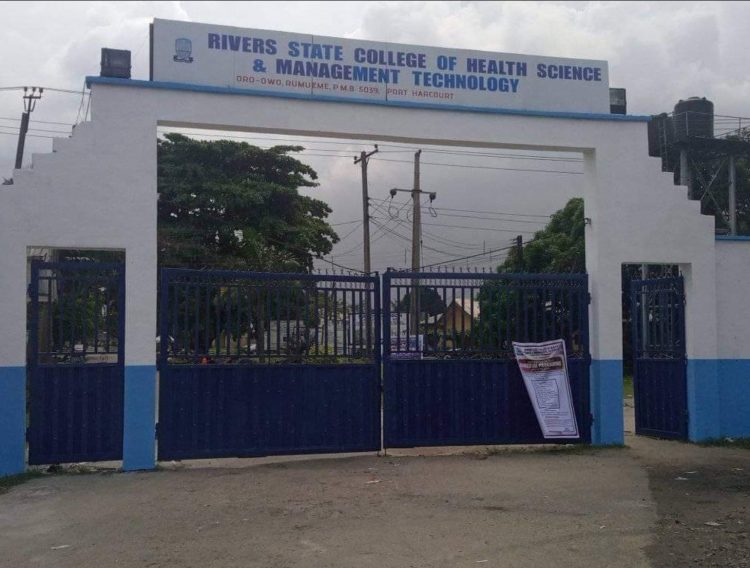 After four days of protest by the students, the Management of Rivers State College of Health Sciences and Management Technology (RIVCOSTECH) has shutdown the institution.

The students, who embarked on peaceful protest since Tuesday, last week over unfavourable learning condition, poor sanitary state of hostels, lack of water and electricity as well as the lack of accreditation of some of their courses, alleged that the school authorities and the state government ignored them throughout the five days peaceful protest.

Our Correspondent learnt of the closure of the school through a memo signed by the Provost Franklin Nlerum and copied to Dean of the school on Saturday afternoon giving the students 4.00pm deadline to pack out of the campus.

The memo said the school’s management had opted for the measure following the refusal of students to listen to pleas to suspend protests to give the authorities time to address their grievances.

However, some students who did not want their names mentioned expressed shock by the hasty decision of the provost to shutdown the school without any attempt to dialogue with the students to resolve the burning issues that necessitated the protest.

“We have been abandoned by the state government. Would any top official of the state government allow their children to school in the kind of environment we found ourselves where we kill snakes in our hostels? The ladies spend about N10,000 monthly on drugs for treating toilet diseases. We are neglected and rejected, but the school authorities keep admitting students.

“Since last year, we have tried to draw the attention of the school authority and the state government to our plight to no avail. It is most unfortunate.”