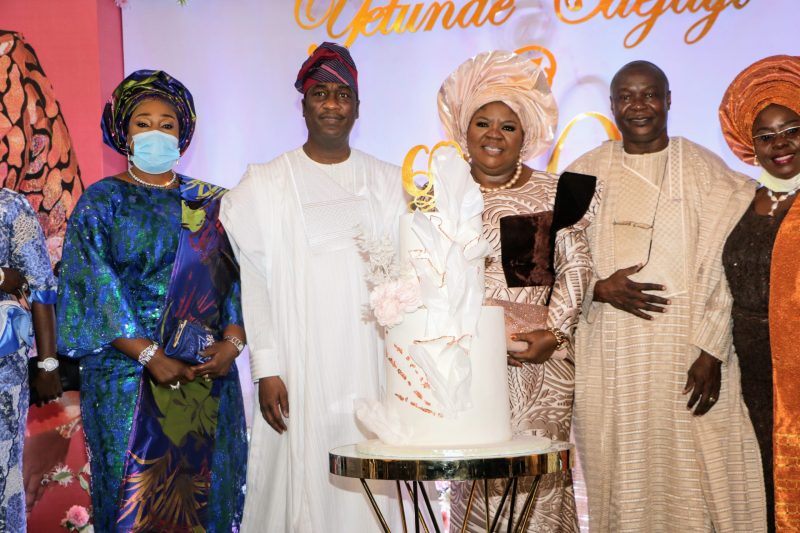 Lagos State Governor, Mr Babajide Olusola Sanwo-Olu has emphasized the need for public servants in the state to always be at their best to enhance service delivery in the State.

The Governor gave the advice today in his address at the  “Sacrifice of Praises”  to mark the 6oth Birthday and Retirement of the Permanent Secretary, Office of the Deputy Governor, Mrs Yetunde Adefolahan Odejayi, held at the Chapel of Christ The Light, Alausa-Ikeja.

Sanwo-Olu who was represented at the event by his deputy, Dr Kadri Obafemi Hamzat further urged public servants to be loyal, dedicated and selfless in the discharge of their duties.

Commenting on the retired Permanent Secretary, Odejayi, Governor Sanwo-Olu described the celebrant as a great blessing and commended her for the good services she rendered during her time in the State Public Service adding that she will be dearly missed.

According to the Governor, “… You have no doubt sacrificed your time and leisure to contribute diligently in all MDAs you have served and this has contributed to sustaining the good reputation of the Lagos State Public Service as the most effective and efficient among its peers.

“As you are retiring today, we wish you all the best that life has to offer in the new phase of life that you are commencing. Although you will be greatly missed in the Lagos State Public Service, we believe your expertise, knowledge and wealth of experience will remain very relevant even outside the public service,” he concluded.

While congratulating the celebrant for the feat achieved, Governor Sanwo-Olu prayed that she will continue to experience and live a prosperous life in good health.

Earlier in his goodwill message, the Head of Service, Mr Hakeem Muri-Okunola appreciated the retired Permanent Secretary for being a good and worthy ambassador of the State Public Service.

Furthermore, he described her as the epitome of hard work, diligence, dedication and commitment which the state Public Service stood for.

While wishing her success in her future endeavours, the Head of Service said the retiree should be ready to continue to the development of the State and service as she could be called upon for advice.

Wife of the State Governor, Dr Ibijoke Sanwo-Olu who was represented at the event by the Wife of the State Attorney-General and Commissioner of Justice, Mrs Olabisi Onigbanjo described the Permanent Secretary as highly diligent and a disciplined public servant who mentored and inspired hope and confidence in other officers in the State Public Service.

She congratulated her for not only rising to the pinnacle of her career as a public servant but finishing strong.