JUST IN: Farouk Lawan sentenced to 7 years imprisonment over $500,000 bribe 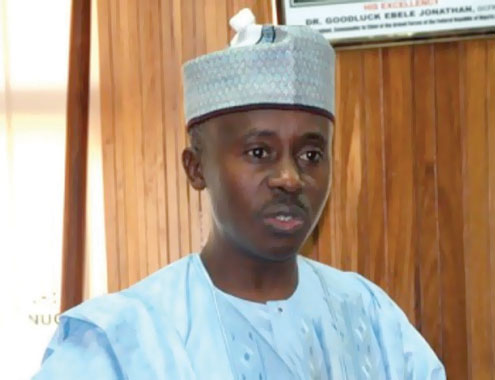 A former House of Representatives member, Farouk Lawan was on Tuesday sentenced to seven years imprisonment over $500,000 bribe from billionaire businessman, Femi Otedola.

In 2013, Lawan was said to have collected $500,000 of a $3m bribe solicited from an oil tycoon, Otedola to drop his company from the investigation.

A High Court of the Federal Capital Territory, FCT, Apo, Abuja convicted Lawan for having received the bribe.

Justice Angella Otaluka convicted Lawan on the three-count charge on which he was tried by the Independent Corrupt Practices and other related offences Commission (ICPC).

Justice Otaluka noted that the evidence listed and submitted before the court by the prosecution counsel, remained unshaken during cross-examination.

The judge also noted that the conduct, responses, and submissions of the defendant and witnesses, in this case, established the charge in the count.

Count two stated that the defendant collected the sum of $500,000 as a bribe to exonerate Zelon petroleum and gas from the fuel subsidy probe report.

Justice Otaluka added that the defendant demanded a balance of payment, after receiving the first and second tranche of the payment, and as at the early hours of 24th April 2012 when the accused received the second tranche, no complaint was made to any security agency or anti-corruption agencies, as he claims he accepted the money to show as evidence before the house.

The judge further said the defendant failed to convince the court that his acceptance of the said bribe was to serve as evidence before the House Committee that the Chairman of Zenon Petroleum wants to bribe the Committee involved in the probe.

The judge sentenced him to seven years imprisonment in respect of counts one and two and five years on count three.

The sentences are to run concurrently.

In 2013, the legislator had pleaded not guilty in court and was taken into custody until a bail hearing on 8 February.

His supporters then said he was being targeted by those implicated in his probe.

Lawan in 2012 had chaired the House of Representative committee that produced the fuel scam report, accusing some of those who imported fuel of massive corruption.

It called for a total overhaul of the oil ministry and for the prosecution of companies and some powerful individuals who had benefited from the swindle.
The investigation was set up in the wake of angry nationwide protests in January 2012 after the government tried to remove a fuel subsidy, according to BBC.
Otedola had said the lawmaker demanded the $3m bribe in order to have his company, Zenon, removed from a list of those involved in the scandal.

Part of that money was handed over and a video recording of the transaction was given to police, he said.