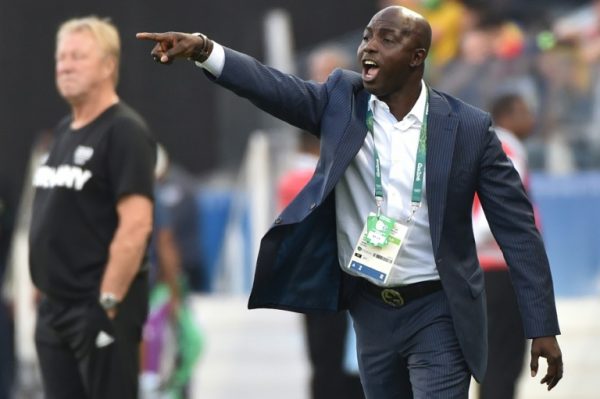 Former Super Eagles player and Nigerian national team coach, Samson Siasia has got some reprieve on the life ban imposed on him by FIFA, following a match-fixing scandal.

The Court of Arbitration for Sport(CAS) on Monday reduced to five years the life ban imposed by FIFA in April 2019, saying the punishment was disproportionate to the offence.

FIFA imposed the ban on Siasia in April 2019 after Siaisia was found guilty of agreeing to join a match-fixing ring in 2010.

The CAS ruling upheld the guilty verdict but reduced the length of the ban and set aside the additional fine of 50,000 Swiss francs ($54,000).

“The Panel determined the imposition of a life ban to be disproportionate for a first offence which was committed passively and which had not had an adverse or immediate effect on football stakeholders,” CAS said in a statement, adding that a five-year ban would still punish Siasia.

The fine was dropped as the panel felt it would be “inappropriate and excessive” on top of the ban.

It noted that Siasia, who is 53, had not benefitted financially and had been hit in the pocket by not being able to work in football.

His suspension “from any football-related activity, nationally or internationally” is backdated to August 16, 2019 and runs until 2024.

The former striker played 51 times for Nigeria, including at the 1994 World Cup, and won a French Championship medal with Nantes in 1995.

Siasia was caught after a wider investigation involving Wilson Raj Perumal, who confessed to international match-fixing.

Perumal, a Singaporean national, was arrested and jailed in Finland in 2011 for fixing top-tier football games there.

He later collaborated with investigators.