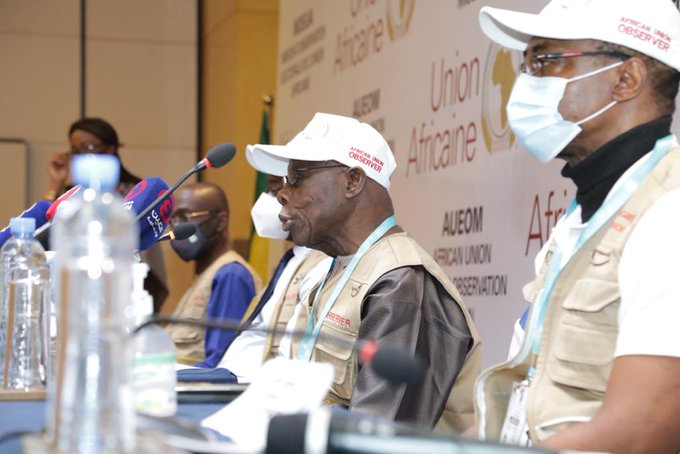 Obasanjo who heads the AU Mission of 100 observers arrived the country on Thursday.

“Overall the election and election day processes were conducted in an orderly, peaceful and credible manner,” he told a news conference in Addis Ababa on Wednesday, as authorities continued counting ballots.

The election in the country of 109 million people has been billed by the government as the first free vote in the country’s history.

But it has been marred by an opposition boycott, war in Tigray and reports of irregularities in some areas.

Authorities were unable to hold elections in four of Ethiopia’s 10 regions on Monday.

However, polling took place a day late in one of those regions, Sidama, on Tuesday, according to the elections board.

The board was expected to hold a news conference later on Wednesday.