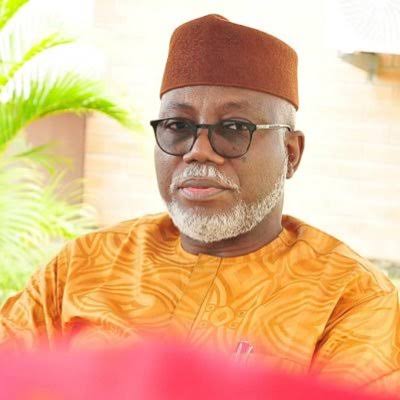 The governments of Ondo and Osun States on Thursday held a meeting designed to resolve disputes brewing along their borders.

According to stakeholders present at the meeting in Akure, the main cause of the disputes was illegal tree felling in areas close to Ile Oluji and some disputed areas despite the warning by both governments against felling of trees that could undermine peace in the areas.

Aiyedatiwa urged the people of the disputed communities to live harmoniously till the National Boundary Commission (NBC) sorts out the issues of the boundary as it affects both states.

He urged all the stakeholders at the meeting to think only about the welfare and development of the people in the disputed area by separating politics from sentiments.

“I want us to look at issues objectively, look into the welfare of our people, especially those living in the disputed boundary areas. We should put politics aside, peaceful coexistence, development of the area should be considered first.

“I noticed that people in the disputed areas are cut off from the dividends of democracy and most governments do not always want to invest. We as leaders must look for a way to bring development and security of lives and properties,” he said.

On his part, the Ondo State Attorney General and Commissioner for Justice, Mr Olufemi Akande, speaking on behalf of his Deputy Governor, Mr Benedict Alabi, noted that the boundary dispute dated back to the 1970s.

He said it is worrisome to be receiving reports on a weekly basis of brewing disputes along the borderlines of the two states.

He said people from both states spoke the same language, have the same culture and tradition, saying,” the need for crisis along our borderlines does not, therefore, arise, bearing in mind that we have been neighbours for so many years and ages.”

The two states later agreed to meet regularly and resolve some ambiguity in the duties of the joint caretaker committee administering the disputed boundary areas.