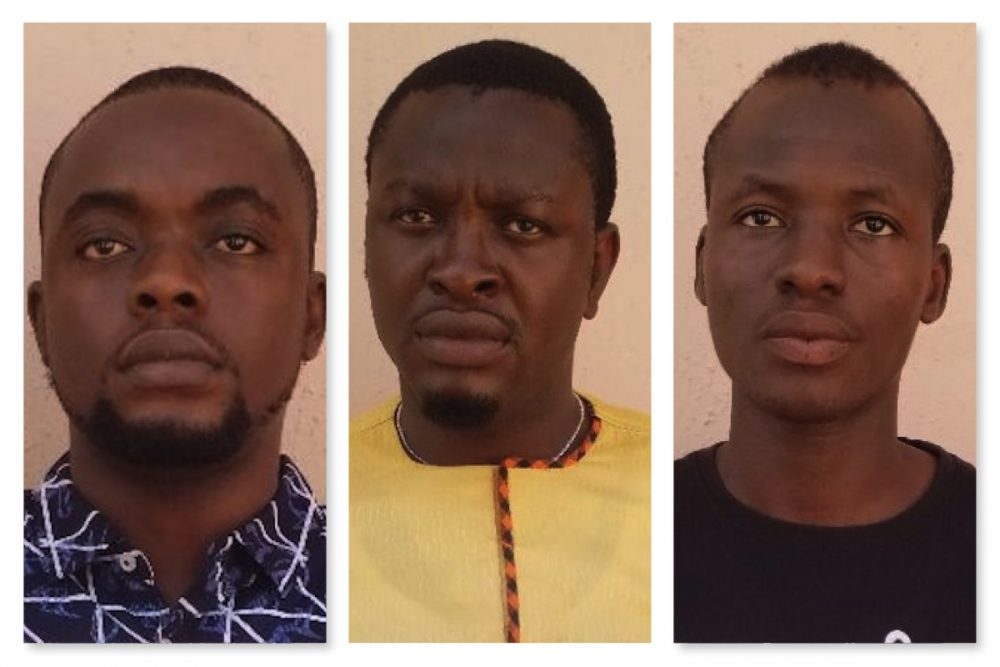 UBA Plc was the whistleblower over an account Annexation Business Concept, that led the EFCC Sokoto to arrest three Ponzi Scheme operators.

They were earlier declared wanted by the Commission for allegedly defrauding unsuspecting people in a N3.5billion Ponzi scheme.

The Commission first got wind of the alleged criminal activities of the trio on October 28, 2020 following a complaint from UBA Plc, regarding the operation of the Annexation Business Concept account opened by Danjuma.

In the course of investigation, the EFCC discovered that the suspects specifically opened the account as a vehicle to defraud unsuspecting members of the public by enticing them with mouth-watering “returns on investment” as high as 30%, 60% and 200% depending on the duration of the investment.

So far, investigation has established Benson Kufre John and Iraboh Joseph Eseosa, as the mastermind of the Scheme, who procured Sunday Marcus Danjuma to register the company with the Corporate Affairs Commission (CAC) and opened the UBA Bank Account using fictitious addresses and unregistered phone number..

Monies and property ranging from exotic cars, residential buildings in choice areas of Lekki in Lagos, Port Harcourt, Akwa Ibom, Benin in Edo State and Kebbi State worth about N300,000,000.00 (Three Hundred Million Naira) have been recovered from the suspects.

They will be charged to court as soon as investigation is concluded, EFCC spokesmen Wilson Uwujaren said.

Mr Bawa Kaltungo, who heads the EFCC office in Sokoto State said his operatives discovered that the operation of the account was at variance with the stipulated objectives of the company, which stated general merchandise and contracts.

“The suspects purposely opened the account with intent to defraud unsuspecting members of the public in the name of investment.

According to him, the investment is a pyramid ponzi scheme promising members of the public high and unrealistic returns.

“It is worthy to also note that the suspected fraudsters deceived their victims and made them believe that the funds would be used to trade in Forex, Cryptocurrency among others.

“However, after a painstaking investigation spanning nine months, we were able to make a breakthrough by arresting three suspects while the others are at large,” Kaltungo said.

Kaltungo warned the public to be wary of those who present their business or investment proposal that will yield unbelievable returns within minutes.