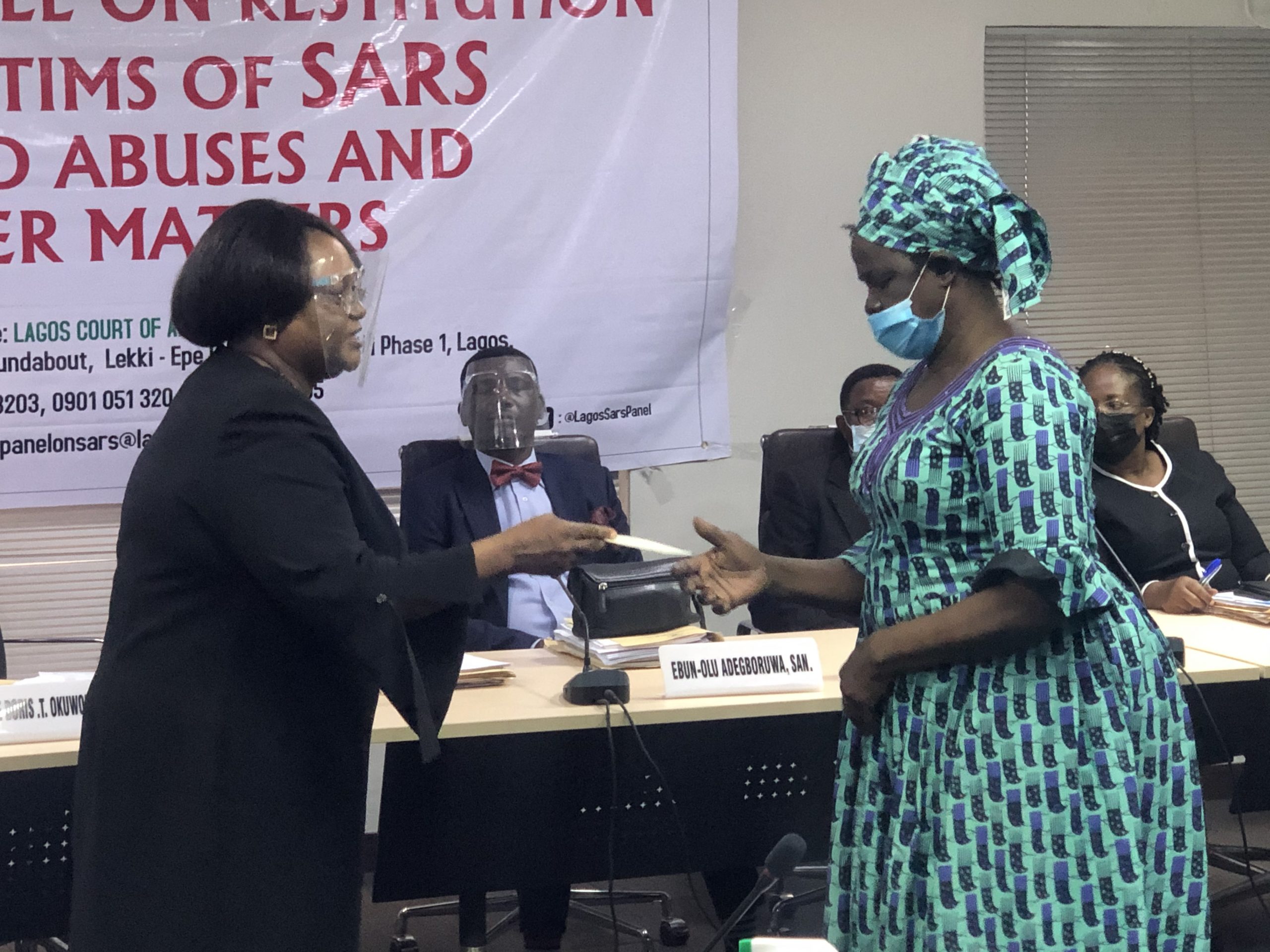 The Lagos State Judicial Panel on Restitution for Victims of SARS related abuses and other matters on Friday compensated Kolade Johnson and 12 other victims of police brutality with N83 million.

Late Kolade Johnson was one of the victims who got a posthumous compensation. His mother was presented a cheque of N10 million.

Johnson’s family had previously testified before the panel on how he was killed when he came home from South Africa to visit the family in 2019.

Mr Johnson’s killing by a policeman triggered national outrage and a visit to the family by Governor Sanwo-olu.

He was watching a live football match between Liverpool and Tottenham when he was shot by a trigger-happy policeman identified as Olalekan.

The attack occurred during a raid of the TV centre by SARS officials.

Another victim who was compensated was Mr. Olajide Fowotade.

He was given N2million after he was brutalized by a police officer.

Mr Fowotade, 60-years old, asked for a N3 million compensation, when he testified.

He said in 2017, one sergeant Ayo of Ketu division physically assaulted him and knocked out two of his teeth.

Eleven other victims including the family of Jesica Adaobi, Oshidipe Sunday, Gloria Eze among others were compensated with varying sums.