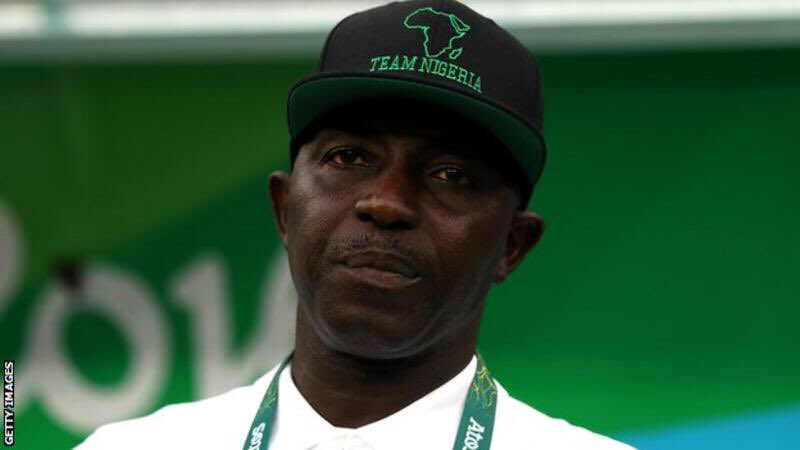 Former Super Eagles Chief Coach Samson Siasia on Friday spoke for the first time since Monday when the Court of Arbitration for Sports (CAS) reduced his life ban from football to five years.

Siasia, while briefing newsmen in Abuja, said the judgment was a big relief worth celebrating, adding that he wished the entire ban was lifted.

“I want to thank CAS for their judgment which has given me hope to return back to what I know how best to do.

“I’m happy I’m gradually out of the hook, because in a couple of years I will go back to what I know how best to do,” he said.

Siasia however decried the fact that the Nigeria Football Federation (NFF) did not give him any support throughout his travails, in spite of his meritorious service to the nation.

The former Super Eagles forward added that most of his colleagues even abandoned him, except for a few who supported him.

The coach who at different times led the national under-20 and under-23 teams to continental honours however commended the Nigerian media, particularly those in the sports sector, for standing by him.

“Even my close friends abandoned me. Even, for the Legends Game organised by FIFA, I have not been invited again.

“I don’t know what I did to them even when I wasn’t guilty of what I was accused of,” he said.

Siasia however contended that his case was supposed to be a government problem.

“When the life ban pronouncement was first declared by FIFA, I met with the Minister of Youth and Sports Development who barely resumed office then and briefed him, But all the minister could say was that there was no money.

“But I have invested in human beings in this country by training lots of young players who are stars today.

“How will I fight FIFA? I don’t have that strength, but the government can stand up and stand for me. But everyone left me in the dark,” he said.

On whether he was going to further appeal, the coach said he was going to consult with his lawyers in Switzerland, especially as it (the appeal) would cost about 100,000 euros.

“I will have to meet with my lawyers and decide what next to do in the next couple of days.

“If am going to go for appeal, we have to be sure of what will come out of it. I don’t want to think or talk about how much has been spent. If I have to appeal to CAS, I’m going to cough out at least 100,000 euros,” he explained.

An associate of Siasia, Opukiri Jones-Ere, frowned at NFF’s neglect of a man he described as a legend in the country’s Football history.

“It’s very unfortunate that not even a word came from NFF. It’s not just appalling, but disappointing. If Nigerian football authorities can’t come out to say anything, it’s rather regrettable.

“NFF has not come out to say, maybe ‘there’s no money, but we are behind you’ even when the current NFF president is from the same side of the country. Other African nations are watching.

“Instead, in the peak of the trial, even an official vehicle with Siasia was withdrawn from him,” he said.

CAS delivered its judgement on Monday and also dismissed the fine of 50,000 Swiss Francs Siasia was ordered to pay.

In August 2019, FIFA announced that Siasia had been found guilty of accepting an offer to receive bribes in an attempt to manipulate the outcome of matches.

Sisia however denied the allegation and took the matter to CAS.(