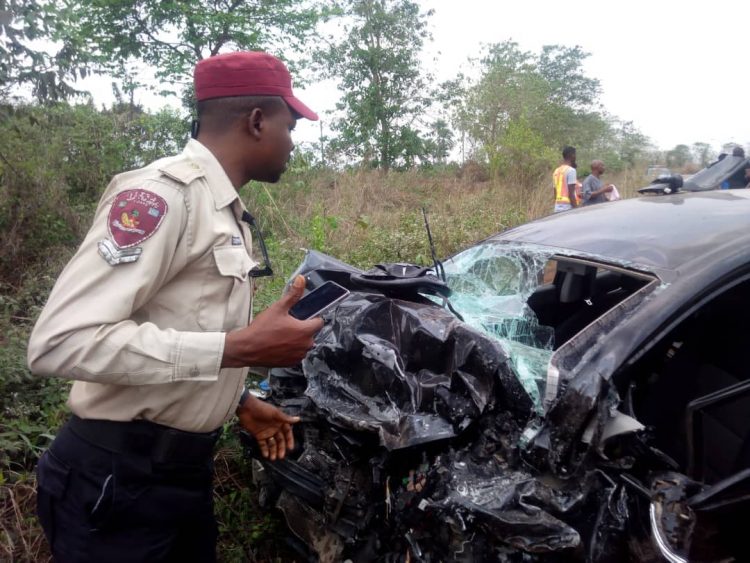 The Federal Road Safety Corps (FRSC ) in Osun on Saturday said 11 people lost their lives in a ghastly accident that occurred on Gbangan – Ibadan Expressway.

The Sector Public Enlightenment Officer, Mrs Agnes Ogungbemi, disclosed this in a statement made available to newsmen in Osogbo.

Ogungbemi noted that the accident occurred at 9:21 p.m. on Friday around Ayedaade Local Government Secretariat, 5Km from Sasa Bridge in Osun .

“The persons involved in the accident were 30 male, 2 female , and 1 female child.

“Eleven male lost their lives on the spot while the other 22 persons had various injuries and were all rushed to the closet hospitals.”

”Ife rescue team, which joined us in the rescue operations, after a call was put to them, took six corpses to Obafemi Awolowo University Teaching Hospital (OAUTH), Ile Ife, morgue.

“Four corpses were taken to OAUTH, Ile Ife, morgue by the command night rescue team. The remaining one corpse was taken by the insistent relatives, who are from Hausa community in Lagos.”

She added that seven cell phones, luggage and some amount of money were also recovered at the scene of the accident.

Ogungbemi, however, advised motorists to desist from any form of dangerous driving that could lead to loss of lives and property when making use of the highways.