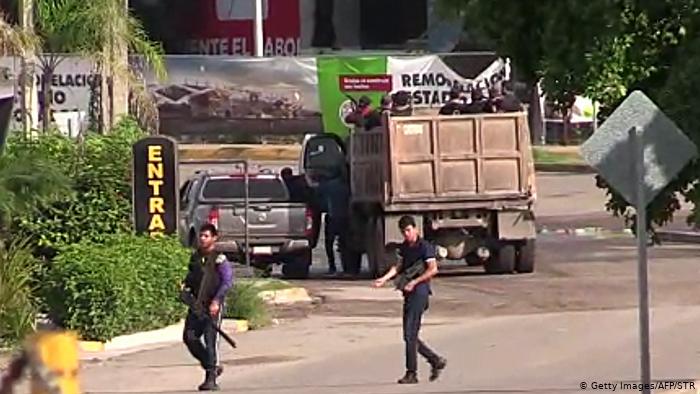 Eighteen dead bodies were discovered after what appeared to have been a shootout between members of rival drug cartels in northern Mexico on Friday.

According to a state government official Rocio Aguilar, the gunfight happened in a remote area of Zacatecas state in the country’s north.

Drug-related violence has claimed more than 300,000 lives in Mexico since 2006 when the government started deploying federal troops to fight the cartels.

“There were 18 dead, and the confrontation occurred in the community of San Juan Capistrano, in the municipality of Valparaiso,” Aguilar added.

The battle was between rival gangs fighting over turf, she told Milenio TV quoted by Aljaazera.

Authorities say the gang is waging a violent campaign to take control of drug trafficking routes.

Three vehicles, one of them burned-out, were found at the scene, as well as “a significant number of casings of different calibers,” according to the government’s Local Coordination Group, in charge of security in Zacatecas.

Local media have reported a series of shootouts since Wednesday when the bodies of two police officers were found hanging from a bridge in Zacatecas.

But Aguilar said that so far authorities have not found a link between that grisly find and Friday’s gun battle in Valparaiso.

Mexico’s president, Andres Manuel Lopez Obrador, acknowledged Friday there were security problems in the region, but said his administration was making progress in the fight against crime.

“The state has the obligation to guarantee peace and tranquillity, the security of all citizens,” Lopez Obrador said in his usual morning conference.

He said the government was “making an effort” in Zacatecas, as well as other troubled states.