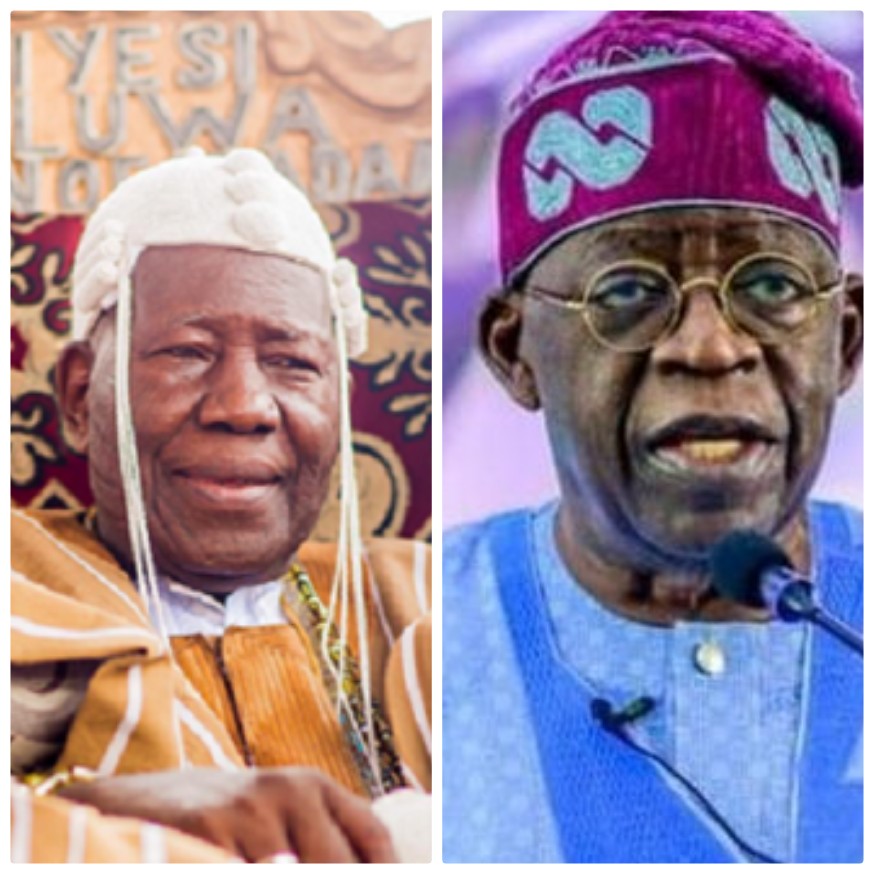 The Olubadan of Ibadanland, Oba Saliu Adetunji, has endorsed the idea of the All Progressives Congress (APC) National Leader, Bola Tinubu, vying for the Nigerian Presidency in 2023.

The Olubadan expressed his support when he received members of the Tinubu Vanguard, a support group for Tinubu’s presidential project, in Ibadan on Saturday.

Dr. Johnny Benjamin, The Director-General of Tinubu Vanguard, confirmed the development in a statement he authored and released on Saturday.

He said Olubadan described Tinubu as a good man whose stewardship as president would consolidate on the progressive agenda of the APC and propel Nigeria to the path of economic prosperity and sustainable development.

“Tinubu is a good man and I will do everything within my power to support his candidacy for the 2023 presidential poll,” Benjamin quoted Olubadan.

The director-general said that representatives of Tinubu Vanguard were at the palace to intimate the Ibadan paramount ruler of their intention to deliver a Tinubu presidency in 2023 and to solicit his royal blessings.

Benjamin added that the group was committed to ensuring that the Tinubu presidential mandate was actualized in the interest of national unity and cohesion.

However, the group also seized the occasion to congratulate Mr. Femi Gbajabiamila, Speaker of the House of Representatives, and Babjide Sanwoolu, Governor of Lagos on their birthdays.

“Sanwoolu’s programs and policies are people-oriented and we are proud of his achievements as governor in charge of a complex state like Lagos.

“As for the Speaker, his commitment to hard work and his pragmatic leadership style has set him apart as a quintessential statesman.

“We wish them long life and prosperity, as they continue to support the delivery of good governance in their different capacities,” the group stated.