INTERVIEW: 'What we need to do to save Nigeria'  - P.M. News

INTERVIEW: 'What we need to do to save Nigeria' 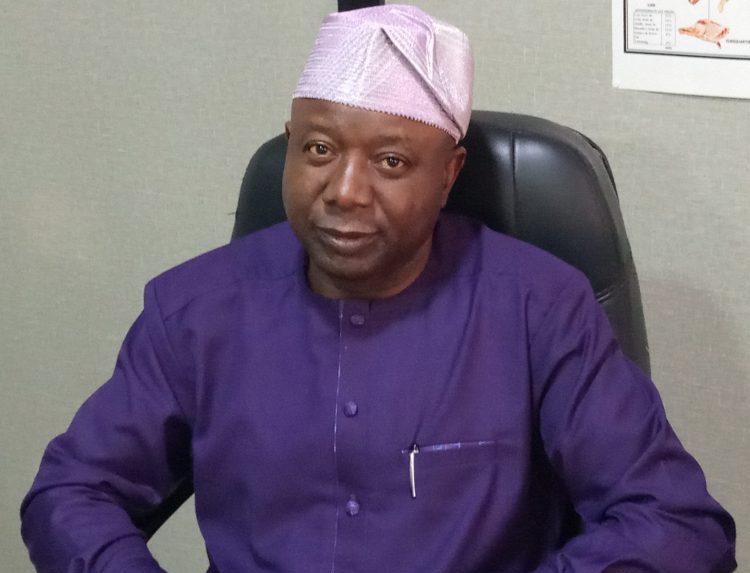 The immediate past President of the Animal Science Association of Nigeria (ASAN) and Managing Director of Rostal Resources Limited, Mr. Taiwo Adeoye is an intellectual whose passion for farming remains undying. The renowned animal scientist is sorely pained that Nigeria has kept taking one step forward and ten steps backward in all facets of her life, most especially farming and manufacturing. In this interview which he granted P.M.NEWS’ Isa Isawade in his office in Lagos, Southwest Nigeria, the scientist turned farmer, outlines antidotes to the country’s twin crises of economy and security.

You clocked 56 recently, what will you consider as your greatest and lowest moments so far in life?

God has been so kind to me. I am not exaggerating. God has been so wonderful in my life. Considering my background, I am a product of the grace of God. For regrets, I don’t have an overwhelming one. Even the moments I would consider as down moments, I believe God used them to take me to another level. They were stepping stones to greater heights for me.

The last time you granted us interview you raised some issues regarding challenges farmers were facing in the country such as cost of production, egg glut, policy somersault, insecurity and corruption. Has the situation changed?

Thank you very much. Nothing has changed. In fact, things are getting worse. Our government has still not shown any proactiveness in addressing economic and security crises in this country. The crises are affecting farming in Nigeria seriously. The insurgency and banditry in the country have hit farming business very hard. Sometimes ago in Maiduguri alone in a day 43 people were killed, and farmers have not been able to go outside Maiduguri. Major ingredients of poultry, which is my primary constituency, are maize and soya beans. There is shortage of that now because farmers are not able to go out to farm. We have identified that we need about 20 million metric tons of maize in Nigeria. The staple food of the northern people are maize and other grains. So, chickens are now competing with human beings. This has made its price to skyrocket. Same with soya. So, we don’t know where we are going. The implication of this is that the cost of production is going higher at the time people’s purchasing power keeps going down due to extreme poverty in the land. So, farms are closing down. And more than 20 million are either directly or indirectly involved in poultry business in Nigeria. So, there is a big problem. People will lose their jobs, and this will have a multiplier effect. When a man loses his job, he and his immediate family have been thrown into hunger. Crime rate will continue to go up. I have always said that one of the sectors that can solve the unemployment problem is agriculture. But, we are paying lip service to it.

Where lies the hope?

Hope? You know in Nigeria, we are always having hope in God. That’s what has been helping Nigerians.

So, you don’t see any hope here beyond God’s intervention?

What I mean is that when you ask a typical Nigerian on how we can solve our problems, all he would say is we hope in God. We are too religious in this country. But, there should be action on our part. Beyond prayers we need to take actions. Insecurity situation must be solved. So that farmers can go back to farm. Government also needs to see to farmers’ education. Government has all these budgets. Where is the impact on agriculture? The CBN has laudable programmes on paper. Are they accessible? They say there is agriculture loan. At what rate? Besides, by the time they ask you to go and bring your great-great grandfather with his wife, then you will know. So, hope lies in thinking and acting right. We should stop pretending. Somebody started from nowhere, stole money and became rich suddenly, and you are regarding him or her as successful! Successful for what? For stealing public fund? What kind of success is that? Few people are putting our commonwealth in their pockets and majority are suffering.  All these need to change to have hope of better days.

What prospect does the reopening of the border hold for the country?

You can’t eat your cake and still have it. I am not saying border should be closed forever. But then, it should be guided in ways it will assist the economic sector. Local production should be seriously encouraged. The African Continental Free Trade Area (AfCFTA) agreement will also have its benefits if it’s well monitored. For example, rice that is being smuggled into Nigeria through Cotonou is not produced in Cotonou. It is imported from Thailand. We had a report at a time that the Republic of Benin was one of the biggest importers of rice. Are they the ones producing it? Why should it be coming into Nigeria from there? The frozen chicken that has been banned is not produced there either. Why should it be coming into Nigeria through that back door? If it’s a good thing why can’t it be coming directly from the country producing it? Meanwhile, it’s healthier to kill your own chicken here and eat. You get the taste, you get the quality and you get the nutrients. At the time the ban was enforced, the broiler aspect of poultry business in Nigeria started growing fast. So, my own take is that the border should be opened but there are certain things that are not supposed to come through that place. Rice is not produced in the Republic of Benin for God’s sake. The hazardous frozen chicken coming into Nigeria from there is not produced there. Why should it be coming in through the place? The quality of food we eat is important to our health. If government can do that, it’s okay. We cannot say we want to close the borders forever, what about the things we also produce that we need to export? Government should get it right.