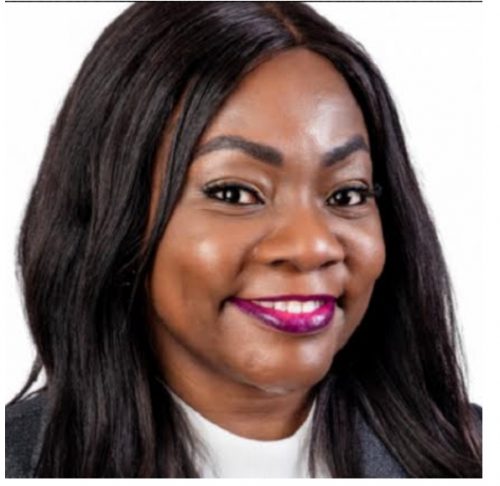 A UK-based Nigerian woman, Mrs. Uruemu Omeru Adejinmi, has made history, with her election as the new Cathaoirleach of Longford Municipal District in Ireland.

She is the daughter of the current Ovie of Agbon Kingdom in Delta State, His Royal Majesty, Mike Omeru, Ogurime-Rime Ukori I.

Her father, a business mogul and Chairman of Niger Cat Construction Company, was crowned the Ovie (paramount ruler) of Agbon Kingdom in February 2013.

Agbon is one of the 24 Urhobo Kingdoms in the Niger Delta region.

The Agbon Princess who married a Yoruba man, was until her new position Fianna Fáil (Councillor.)

She became the first black woman to be elected as Mayor in Ireland.

According to Iris Examiner, Adejinmi would now function as Leas Cathaoirleach (Mayor), a feat that has never been achieved by any black woman in the country.

Elated by her election, Adejinmi who dedicated her victory to migrants and all women, said she was “deeply honoured” to take over the position.

According to her, “This is a historic day for Longford and I am delighted to share this moment with my family and friends.

“I look forward to working with my Council colleagues, Council executives and all stakeholders to continue the growth and development of our municipal area and county.”

Adejinmi, who migrated to Longford from Nigeria in 2003, joined Fianna Fáil in 2016, and became a local Councilor in 2020, previously served as an Executive Officer at the Department of Health and has a Masters of Business Administration from Athlone Institute of Technology.

She told RTÉ Radio One’s Drivetime, “I identify as Irish, I identify as African, I wear both hats with confidence and with comfort.”