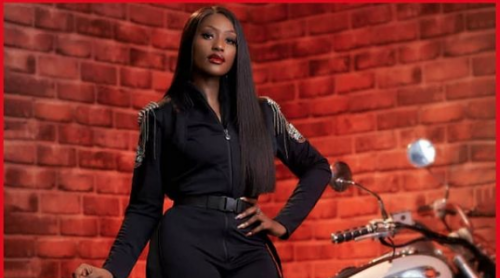 Award-winning Nollywood actress, model and philanthropist, Linda Osifo has delivered a stellar performance in the new movie ‘Devil in Agbada’ set to hit cinemas across the country.

The storyline of this gripping new flick centres around three girls, victims of a ruthless politician, who team up to take him down in a mission that involves infiltrating his heavily guarded and impenetrable mansion in a nearly impossible mission.

Linda plays fitness enthusiast and member of the US Force, Irene Okadigbo who returns home and witnesses the worst thing that could ever happen to her.

According to the star, as soon as she read the script for her character, she knew this was gold!

Written and produced by Chinneylove Eze, who produced hit movies ‘Hire A Man’ and ‘Hire A Woman’, Associate.

The beautiful screen diva says the processes involved in playing any character are complex and particularly for the Devil in Agbada as the experience was, according to her ”pretty special”.

“I worked with an amazing director, a sterling cast and a crew with a huge wealth of knowledge. These people made playing this role, such a breeze. I cherish this opportunity because when you have good energy on the set of any movie, work processes become easier”.