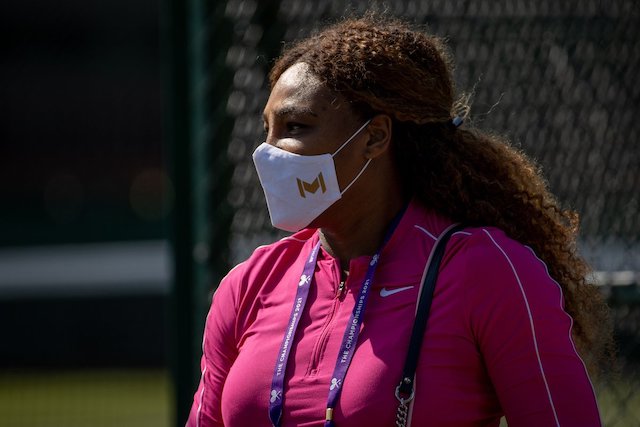 Serena Williams said she will not be participating at the Tokyo Olympics, the latest big name to shun the games.

The 23-times Grand Slam singles tennis champion said this on Sunday at a pre-Wimbledon press conference.

“I’m actually not on the Olympic list not that I’m aware of. If so, then I shouldn’t be on it.”

She declined to explain her reasoning, adding: “There’s a lot of reasons that I made my Olympic decision. I don’t feel like going into them today. Maybe another day. Sorry.”

The women’s world number 8 joins Rafael Nadal and Dominic Thiem in deciding against competing in Tokyo.

Roger Federer and Novak Djokovic have not yet committed to taking part.

The Tokyo Games start on 23 July.

The 39-year-old, who has four gold medals and made her debut at the Sydney Games in 2000, had hinted earlier she was reluctant to go.

Her reason was because she would not be able to take three-year-old daughter Olympia with her.

She faces Belarusian Aliaksandra Sasnovich in her first round match at the grass-court Grand Slam on July 29.