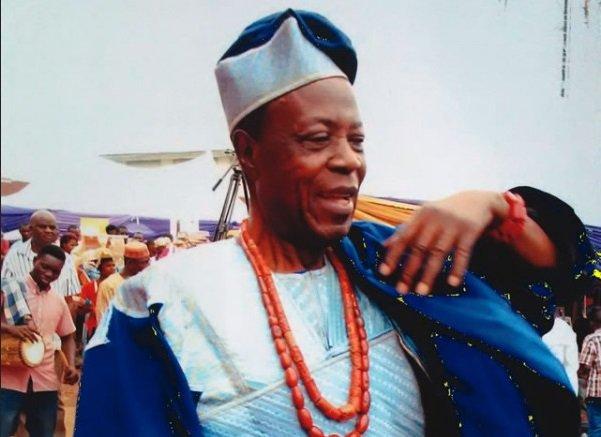 Gov. Kayode Fayemi of Ekiti has commended Chief Alex Ajayi, a former Registrar of the West African Examinations Council (WAEC), for living a life worthy of emulation to unborn generations.

Fayemi gave the commendation on Sunday in Ado Ekiti at a reception organised to celebrate Chief Ajayi’s 91st birthday.

Fayemi particularly commended Ajayi for translating his personal life history into a memoir that can serve as a reference legacy for incoming generations.

According to him, the memoir, “A Legacy on the Move”, written in elegant language is an encyclopedic work of history, culture, religion, education, geography, administration and others.

The Governor promised that copies of the book would be circulated to all secondary schools in Ekiti.

He said that the book would be of a huge service to the younger generations who knew little or nothing about the celebrant and the history of Nigeria and Africa.

The governor said he had known the Nonagenarian for about half a century, described him as a man who lives a selfless life of service, full of exemplary conduct, humility, commitment, generosity and competence.

Leading the toast for the Ajayi, the first graduate in Ado-Ekiti and the longest-serving Chairman of Ado Local Government Council, Fayemi said; “we toast to the health of the celebrant, Chief Alex Olu Ajajyi, that he continues to be in good health and enjoy the grace and God’s favour all the days of his life.

“As we continue to pray that he shall have many years to spend with us, we expect the second edition of this beautiful memoir,” the governor said.

Also in her remarks, Erelu Fayemi, wife of the governor, stressed the importance of celebrating the elderly citizens while they are still alive to feel the warmth of love from the people they have dedicated their lifetime to serve.

According to her, the memoir exemplified how much the celebrant meant to his children and others as a diplomat, statesman, community leader and all he had achieved as a true man of honour from the land of honour.

Earlier, Prof. Emmanuel Akintoye, Chairman of the occasion, said the reception was organized to celebrate the life of a courageous and kindhearted man whose insight, experience, wisdom have been an inspiration and of immense help to a lot of people.