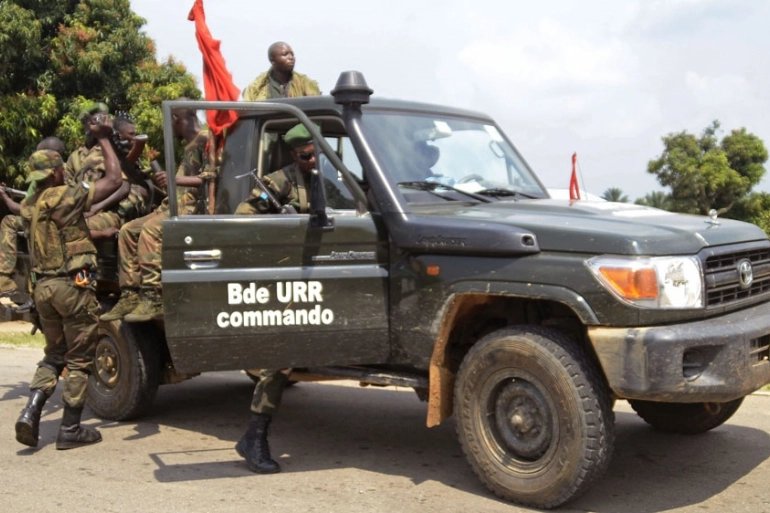 Congo DR soldiers on the alert for Jihadists in Beni

Jihadists, operating like Nigeria’s Boko Haram and with links to Islamic State (IS) was responsible for two blasts in Beni, in Democratic Republic of Congo, the army said on Monday.

The mayor promptly closed local schools, churches and markets in a tightening of security.

The army said Sunday’s attacks bore the signature of the Allied Democratic Forces (ADF), which has used improvised explosive devices in the past.

No one was killed in the two incidents apart from the suspected bomber in the second blast, after an explosive device he was carrying went off at a busy intersection.

Another explosive device was detonated earlier that day, injuring two persons at a Catholic church.

The army’s accusation coincided with the publication of a claim by the ultra-hardline IS that it had carried out the attacks, saying the blasts had killed two persons.

It was not possible to independently verify the claim, made through a verified IS-related Telegram channel.

IS had claimed dozens of killings blamed on the ADF in the last three years.

Congo’s communication ministry said on Twitter a “suicide bomber” was responsible for the second blast, which detonated prematurely.

The army identified the bomber as a Ugandan national.

“We have arrested two suspects who were with the bomber and it is thanks to them that we have been able to identify him,” said Anthony Mualushay, an army spokesman.

Pierre Boisselet from the Kivu Security Tracker, a group that maps unrest in eastern Congo, said he had not heard any reports of a suicide bombing in Congo before.

Improvised explosive devices have been used previously by the ADF, a militia blamed for killing hundreds of civilians in the area over the last two years. But the secretive group rarely claims responsibility itself for attacks.

Earlier this month the United Nations said the ADF, which Islamic State group claimed as an affiliate in 2018, was getting better at making bombs using expertise from fighters recruited from East Africa.

In March the United States referred to the ADF as “ISIS-DRC” when it added it to its terrorism blacklist. read more The United Nations has not, however, found conclusive evidence IS has control over ADF operations.