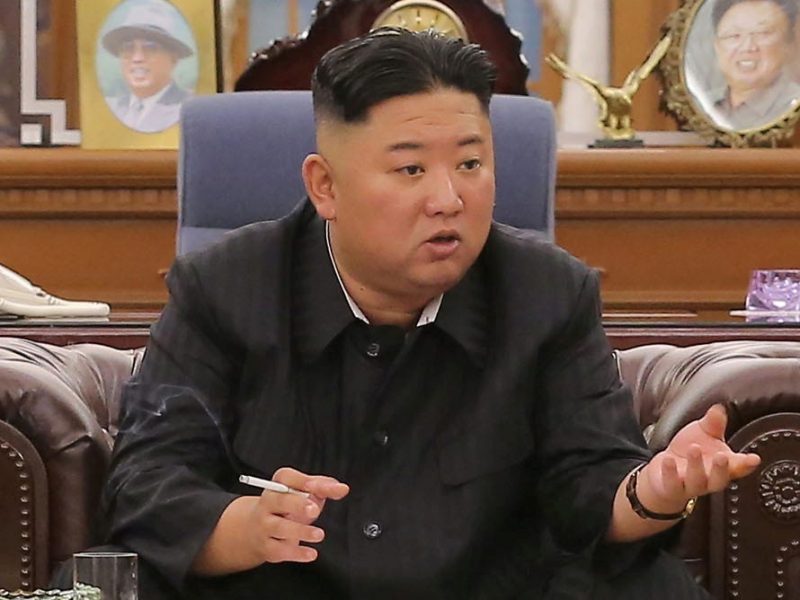 Everyone in North Korea is heartbroken over leader Kim Jong Un’s apparent weight loss, said an unidentified resident of Pyongyang.

The anonymous Korean was quoted on the country’s tightly controlled state media, after watching recent video footage of Kim.

The rare public comment on Kim’s health come after foreign analysts noted in early June that the autocratic leader, who is believed to be 37, appeared to have lost a noticeable amount of weight.

“Everyone is saying that their tears welled up,” he said.

In the clip, which Reuters could not independently verify, Pyongyang residents were seen watching a big screen on the street showing a concert attended by Kim and party officials after a plenary meeting of their Workers’ Party of Korea (WPK).

The broadcast did not provide any details on what had led to the weight loss.

When Kim reappeared in state media in June after not being seen in public for almost a month, analysts at NK News, a Seoul-based website that monitors North Korea, noted that his watch appeared to be fastened more tightly than before around an apparently slimmer wrist.

Given Kim’s tight grip on power in North Korea – and the uncertainty over any plans for a successor – international media, spy agencies, and specialists closely watch his health.

Early last year speculation about Kim’s health exploded after he missed the birth anniversary celebrations of state founder Kim Il Sung on April 15, only to reappear in public in early May.

In 2014, state media reported that Kim was suffering from “discomfort”, after a prolonged period out of the public eye.