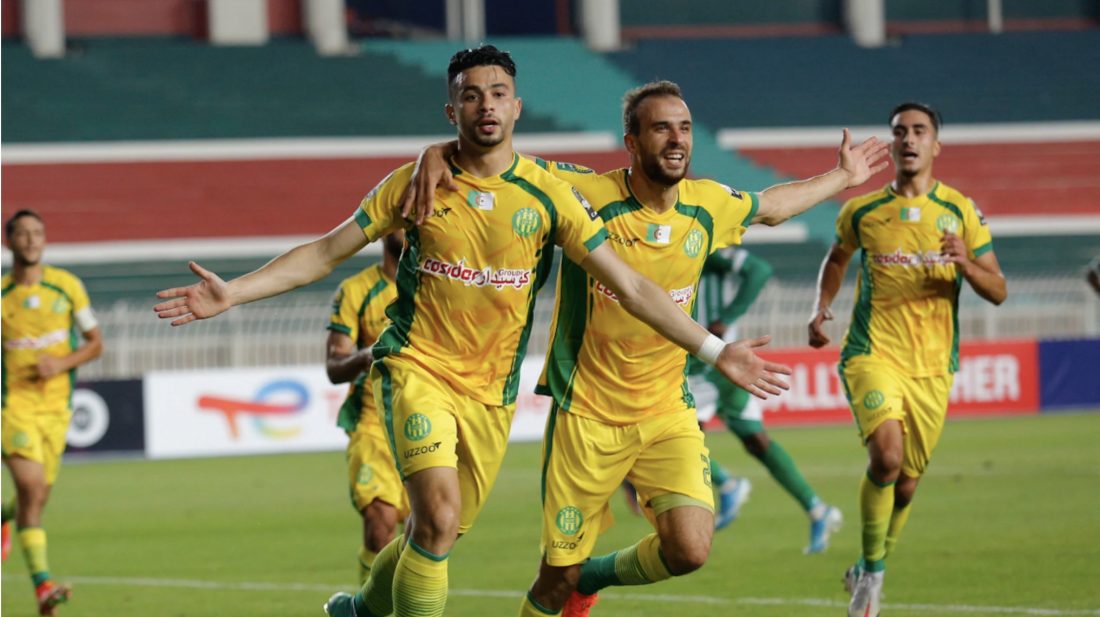 By Abankula with CAF report

Defending champions, Raja Casablanca will slug it out with Algerian side JS Kabilye in the finals of the TotalEnergies CAF Confederation Cup.

Both teams booked their places on Sunday for the final that will be staged in Cotonou, Benin on 10 July.

Kabilye stormed into the final after a comprehensive 5-1 aggregate win against Cameroon’s Coton Sport.

The Algerian Canaries won the first leg in Garoua 2-1 last week and in the return leg in Algiers spanked the Cameroonians 3-0.

A brace from Zakaria Boulahia, in between Badreddine Souyad’s penalty was all The Canaries needed to sail into a continental final for the first time since 2002.

Defending champions Raja were lucky to scrape through.

Thanks to their goalkeeper Anas Zniti, who saved a penalty in sudden death as to beat last year’s finalists Pyramids 5-4 on post match spot-kicks.

The game was forced to penalties after a second successive barren stalemate in Casablanca, the two sides having also played to a 0-0 draw in the first leg in Cairo last week.

It had to take eight penalties, before a winner was picked out in the tense encounter at the Stade Mohamed V.

Scores were tied at 3-3 after the first five penalties. Soufiane Rahimi and Said Abdallah had scored the first two for either side, before Ben Malango missed for the Moroccans.

However, his blushes were wiped when Ramadhan Sobhi also missed for Pyramids, keeping the scores at 1-1. While it looked like a relief for Raja, Said Al Wardfali could not take advantage of the new lease of life as he also saw his penalty missed.

On the other end, Wadi Mahmoud scored his penalty as Pyramids went a nose up 2-1. Zakaria El Wardi returned Raja back to the table scoring their fourth kick but Ahmed Samy took Pyramids back up in the lead.

Mahmoud Benhalib scored his penalty to tie the scores back at 3-3 with Raja’s final kick and it was now up to Pyramids to score their fifth and put the game to bed. However, substitute Mohamed Farouk stepped up and missed his kick, sending the entire Raja side into celebration.

With scores tied at 3-3 for the first five, the game now went to sudden death.

Azrida Mohamed for Raja and Osama Galal for Pyramids both scored as the game tied at 4-4. For the seventh kick, Fabrice Ngoma stepped up for Raja and saw his timid kick saved by the keeper to give Pyramids the advantage.

Up stepped Ahmed Tawfik to take what would have been the winning penalty, but the substitute sent his penalty wildly over, once again Raja breathing a collective sigh of relief.

Abdelilah Madkour stepped up to score Raja’s eighth penalty of the game, earning the Moroccans a 5-4 advantage. Pressure was now on Pyramids to keep up and up stepped Hamdi.

However, the Pyramids man chose to go straight down the middle, but Zniti’s feet stuck out to keep out the penalty and hand Raja the victory and a place in the final.