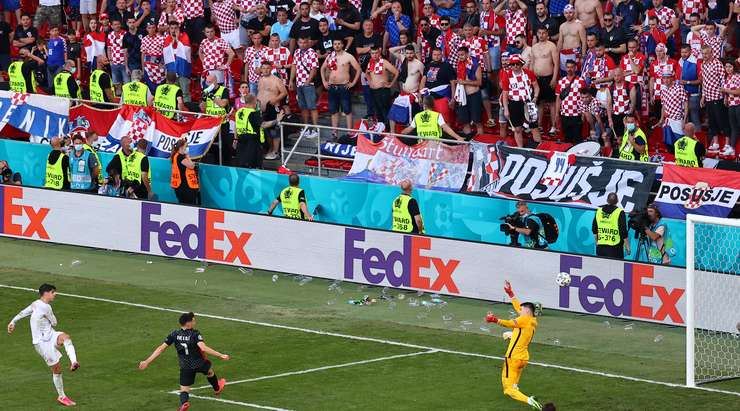 Spain reached the quarter-finals of Euro 2020 on Monday after winning a pulsating extra-time over Croatia in an eight-goal thriller.

The match ended 3-3 on normal time after Orsic and Pasilic scored late in incredible finish to normal time.

Extra-time goals from Morata and Oyarzabal earn Spain victory on 5-3 to hit the last eight of the tournament.

Dani Olmo had sent a precise lofted cross into the box. Alvaro Morata latched on to it and finished with a quick shot into the top of the net. The goalkeeper had no chance.

On 103 minutes, Mikel Oyarzabal was put through by Dani Olmo and he showed brilliant composure inside the box to fire into the bottom left corner.

Spain had earlier recovered from calamitous own goal to lead Croatia.

Backpass from near halfway line bobbles over keeper Simon’s foot for Croatia’s opener.

Spain will now face the winner between France or Switzerland in the last eight.