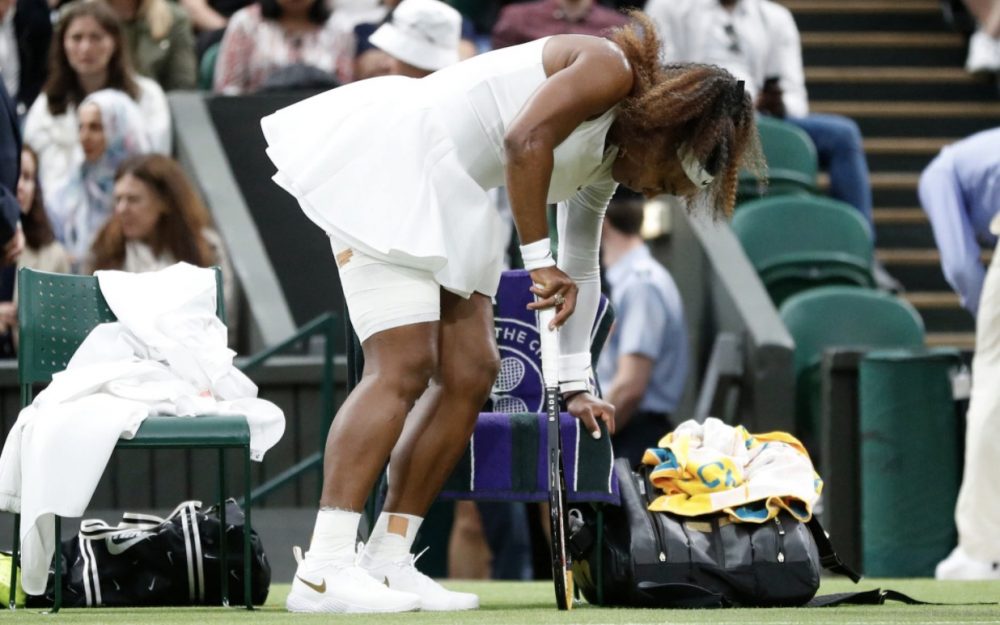 Serena Williams retires at Wimbledon because of ankle injury

Williams was serving 3-3 in the first round when she decided to abandon the match, by gifting victory to Belarussian Aliaksandra Sasnovich.

Williams had broken Sasnovich and led 3-1, appearing to be in full control of the contest on Centre Court.

But she suffered an ankle injury in the fifth game after seeming to slip while playing a forehand.

With her movement clearly limited, Sasnovich broke back and Williams left the court for treatment as she took a medical timeout.

She re-emerged to huge applause and bravely tried to continue but was visibly in severe discomfort.

She could not hold back tears as she limped to the centre court to retire from the match.

ESPN reports that the 39-year-old Williams entered the tournament in search of her 24th major title, which would have tied her with Margaret Court for the most ever.

She last won a Grand Slam at the Australian Open in 2017 and has made four finals since returning from child birth, including at Wimbledon in 2018 and 2019.

She made the semifinals at the Australian Open earlier this year, as well as the fourth round at the French Open last month.

Williams was the second player on Centre Court on Monday to slip and suffer injury.

Adrian Mannarino, who was playing against Roger Federer, also was forced to retire as a result of a similar fall.

Due to rain, the roof had been closed.

“I do feel it feels a tad more slippery maybe under the roof,” Federer said after his match.

“I don’t know if it’s just a gut feeling. You do have to move very, very carefully out there. If you push too hard in the wrong moments, you do go down…

“This is obviously terrible that it’s back-to-back matches and it hits Serena as well. Oh, my God, I can’t believe it.”