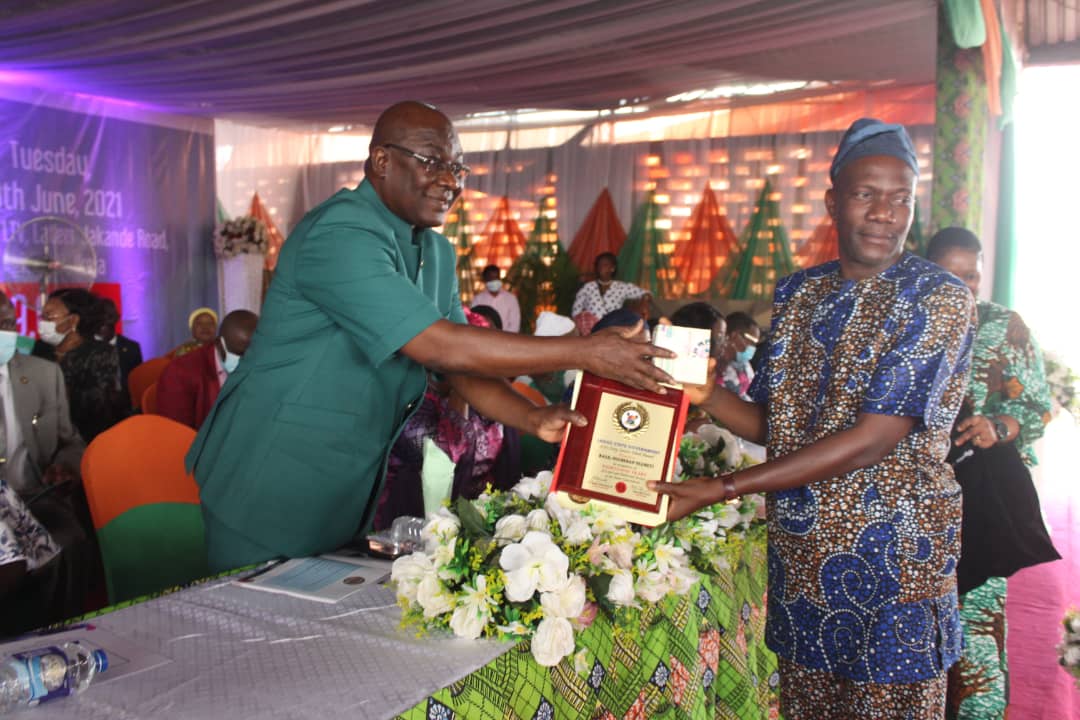 The Lagos State Government on Tuesday rewarded 900 civil servants with the long service award for their dedication in the service of the state for the past 30 years.

The event which held at the Blueroof, Lagos Television Ground, Agidingbi, in Ikeja, Lagos saw well wishers coming to felicitate with the awardees.

Speaking at the event, Head of Service, HOS, Hakeem Muri-Okunola said the objective of the Annual Long Service Merit Award ceremony, was to serve as a platform through which government would express its appreciation and gratitude to deserving members of the workforce, and deliberately celebrate the spirit of diligence, commitment, hard work and loyalty among public servants who have served the State meritoriously for 30 years and above.

He said a significant number of public servants had been rewarded with the Award since its inception in 2006.

Muri-Okunola added that in this 14th Edition, a total of 900 officers would be honoured in continuation of this tradition of excellence.

“Let me reiterate that your celebration today represents the State Government’s appreciation of your contributions over the last 30 years, or more, to the growth and development of Lagos State.

“My advice to all the awardees is that you should not rest on your oars, but continue to exhibit a high sense of responsibility and commitment to duty with unalloyed loyalty, which today’s recognition and celebration have been designed to reward,” he said.

The HOS also enjoined all public servants in the State to keep up the good attitude to work and continually perform their job to enhance the successful implementation of the T.H.E.M.E.S Agenda of the present administration.

He encouraged and enjoined them to remain focused, dedicated and committed to their assigned schedule of duties.

“Take full advantage of the latest ICT technologies to acquire knowledge and develop yourselves. Given the COVID-19 pandemic that has changed the way we work as well as the ever expanding role of technology in the workplace, opportunities abound for you to make meaningful contributions to the development of the State Public Service,” he stated.

Muri-Okunola assured public servants that the state government would continue to provide the necessary and conducive environment for the attainment of their lofty goals while staff welfare would continue to occupy a premium place in the scheme of things.

He thanked Governor Babajide Sanwo-Olu for making the celebration a reality and also for his commitment to the general welfare and well-being of public servants in the State.

“I wish to also seize this opportunity to assure the governor of our continued commitment and loyalty to the actualization of The Greater Lagos Dream,” he added.

In her goodwill message, the Chairman Civil Service Commission, Mrs Olubunmi Fabamwo, said many of the awardees joined the service in their youths and have positively impacted the state, urging them to strive higher,she noted that the sky was their limit.

Also in her goodwill message, the chairman Teaching Service Commission, Mrs Elizabeth Ariyo, congratulated the awardees, expressing appreciation for their good work in the state, noting that the state has the best public service in the country.

Responding on behalf of the awardees, the chairman, Ikeja Zone of ANCOPSS, Mrs Bolanle Ojolowo, expressed deep appreciation to Sanwo-Olu and his team for the honour done to them. She pledged their continued support to the development of the state.

Permanent Secretary ,Public Service office , Samson Olusegun Ajibade, congratulated the awardees and all that made the event a success.

He pledged the continued support of the state government to the welfare of public servants in the state, noting that Sanwo-Olu has consistently demonstrated this by putting in place policies that cater for the public servants..