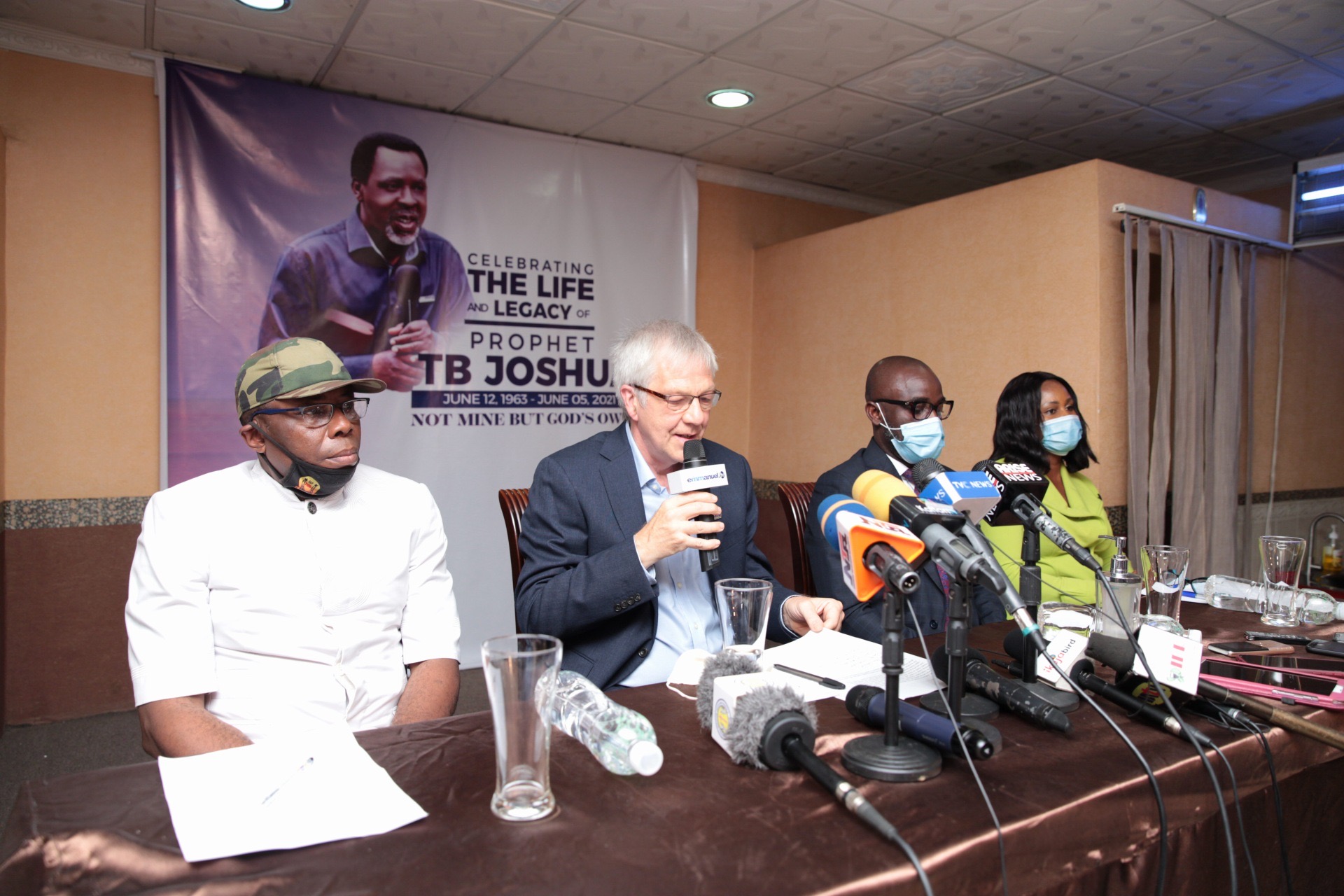 The Synagogue Church of All Nation (SCOAN), Tuesday, disclosed that its founder, Prophet TB Joshua, would be laid to rest on Friday, July 9, at the church premises in Lagos.

The Church disclosed during a press conference Tuesday in Lagos on the programmes for the burial of the preacher.

Dr Gary Tonge Freng who spoke on behalf of the church, highlighted the programmes for the burial of the prophet as follows: “July 5 to July 11, is dedicated to a series of laying to rest activities tagged ‘Celebrating the Life and Legacy of Prophet Joshua, born (1963 to 2021)’.

The church revealed that the church’s followers on social media increased by over 600,000, while it also received millions of testimonies and tributes from 195 countries since the news of his demise broke.

“The news of his departure also led to an increase of 600,000 followers on the TB Joshua Ministries Facebook Page, reaching a total of 6,200,000 — the largest of any religious figure in Africa”, it said.

Tonge in his address said that the cleric’s death on Saturday, June 5, 2021, few days to his 58th birthday was by divine will.

SCOAN said that knowing TB Joshua was a man of global influence and that the eyes of the world will be on the event, it has to abide by the commitment to the ideal of responsible corporate citizenship due to the current public health realities.

On July 5, Tonge said there will be a candlelight procession from 6 pm, which will be a private service.

“July 6 to July 7, there would be a tribute service from 10 a.m. to 7 pm. which would be opened to the public but with a limited physical presence, following the service of songs and all-night praise starting at midnight. July 8, would be the lying-in-state of the prophet from 11:00 am to 5:00 pm.”

The Church noted that the event would be open to the public to pay their last respect to the man of God, adding that, July 9, would be the laying to rest service and interment activities which would begin at 10:00 am, as well as the thanksgiving service to be held on July 11 by 9.00 a.m.

They explained that SCOAN was working with the Lagos State Government and the ministry of health to ensure that the current public health and security protocols would be observed during the duration of the event.

The church, however, appealed to the public who would not attend due to the current public health challenges to watch the broadcast live on EMMANUEL TV.