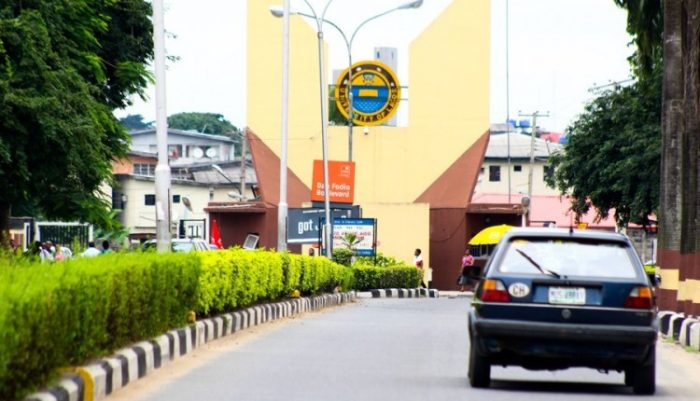 Mrs Felicia Marinze, a 71-year-old PhD student of the University of Lagos, has emerged as one of the best graduating students from the institution’s School of Postgraduate Studies (SPGS).

The Vice-Chancellor of the University of Lagos, Prof. Oluwatoyin Ogundipe announced this at a news conference on activities lined up for the institution’s 51st convocation on Wednesday in Lagos.

According to Ogundipe, Marinze (PhD French) with matriculation number 849003042, from the Department of European Languages and International Studies, will be the oldest to be awarded a PhD degree in the history of the university.

He added that the 71-year-old, with the best PhD thesis, had just demonstrated to the world that age was never a barrier to attaining any height.

Speaking further, the vice-chancellor noted that 281 of the 15,753 students would be graduating in the first-class division.

“The three-day convocation will culminate in the graduation of 15,753 students.

“These comprise of 7,754 students who will be awarded first degrees and 7,999 Postgraduate degrees.

“We shall also award 160 Diplomas in Social Works and Human Kinetics.

“The Faculty of Engineering came tops in the category of first-class with 70, followed by Management Sciences with 59 among others,’’ Ogundipe said.

He also announced that the university would be honouring one of its late vice-chancellors, Prof Ibidapo Obe, with a posthumous award.

According to him, the university will also award an honorary doctorate degree to Dr Ameyo Stella-Adadevo (posthumous), a Lead Consultant Physician and Endocrinologist at the First Consultant Hospital, at the ceremony.

According to Ogundipe, the university has in the last one year, recorded huge success, particularly in the area of research and internalisation infrastructure upgrade.

It had also continued to witness growth and developments in other facets.

The vice-chancellor noted that the university had so far, attracted a total of N14 billion research grants in the last three years, both locally and internationally.

“This is a pointer to the renaissance of research culture in the university.

“Our researchers also had six patents in 2019 and five in 2020 out of which two, in each year, have been prototyped.

“Scholars of the university have continued to raise the bar of research excellence.

“Drawn from departments and faculties, some scholars recently had their research proposals approved for generous funding with grants from the Tertiary Education Trust Fund (TETFund).

“Our university is reputable for being one of Nigeria’s leading institutions, especially in the area of research and innovation.

“This path, which we have consolidated under the current leadership, has improved our ranking as first in Nigeria and 12th in Africa, just last year.’’

Speaking further on activities lined up for the three-day event, Ogundipe said that the convocation lecture would hold Monday, July 5.

The title of the lecture is “National Development and Knowledge Economy in the Digital Age: Leapfrogging SNEs into the 21st Century”.

He said that the lecture would be delivered by the Governor of Central Bank (CBN) Mr Godwin Emefiele.

He added that Pastor Tunde Bakare, Chairman, Citadel Global Community Church would be chairman at the occasion.