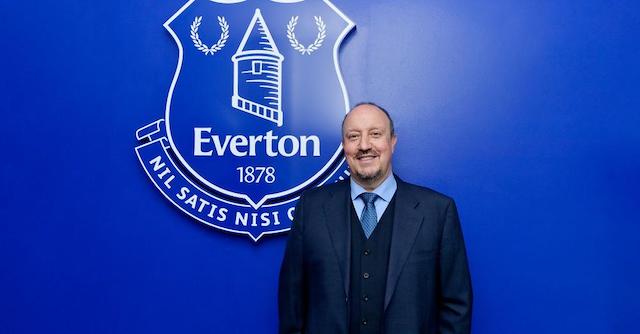 Everton have announced the appointment of Rafa Benitez as the new manager.

He replaces Carlo Ancelotti who has moved to Real Madrid for a second spell.

The Spaniard joins the Club on a three-year deal and will commence work with the squad when they return to USM Finch Farm for pre-season training from 5 July.

The club said the appointment of Benitez comes after a robust and wide-reaching recruitment process by the Club over the past three weeks – a process which has included multiple interviews with several candidates.

Benitez has a hugely impressive track record with the clubs he has managed throughout his career, securing seven major honours including La Liga titles, the Coppa Italia, the FA Cup, the Europa League and the Champions League during managerial spells in Spain, England and Italy.

Benitez has reportedly assured Everton fans that he will be giving everything to bring success to the club.

He said his past with rival Liverpool is irrelevant.

He becomes only the second manager ever to take charge of both Merseyside clubs, with the other being William Barclay in the 19th century.

‘It is a privilege to have been given the opportunity to manage Everton,’ he said.

‘Having called Merseyside my home for the last 17 years, I have a very clear understanding of what makes this club so special.

‘This club is always striving to be the best. Simply competing in the top league is not enough.

‘That ambition and determination to succeed is something I share. I never want to just compete – at every club I have managed I have fought to win. My focus is always on one thing – fighting for the team I am managing. And I will do that for Everton“.