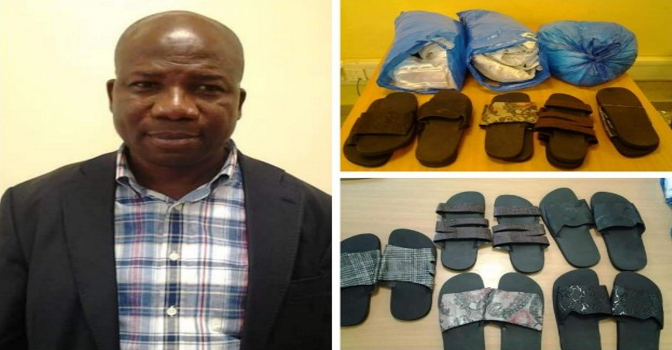 The former Vice-Chairman of Lagos Island East Local Government Asekun Sakiru Kehinde was on Wednesday arraigned before a Federal High Court in Ikoyi, Lagos, Southwest Nigeria on one count charge of exporting 1.000kg of cocaine.

He was arraigned by the National Drug Law Enforcement Agency, NDLEA.

The charge stated thus: “That you Asekun Sakiru Kehinde, Male,Adult, on or about the 7th May, 2021 during the outward clearance of passengers on Virgin Atlantic Airlines flight from Lagos to London-Heathrow, at the Departure Hall of the Murtala Muhammed International Airport, Ikeja- Lagos without lawful authority exported 1.000 Kilogramme of Cocaine, a Narcotic Drug and you thereby committed an offence contrary to and punishable under section 12(b) of the said National Drug Law Enforcement Agency Act. Cap. N30 Laws of the Federation of Nigeria,2004.

He pleaded not guilty to the charge, thereafter, the NDLEA‘s prosecuting counsel, Abu Ibrahim, urged the court to fix a trial date in view of the plea of not guilty of the defendant

However, the defendant’s counsel Olasupo Sasore SAN leading Chief Benson Ndakara informed the court that a bail application has been filled before the court and that NDLEA has filed a reply to the said application.

The presiding judge, Ayokunle Faji after listening to the submissions of the two parties, adjourned till July 16, 2021 for ruling on the bail application and commencement of trial.

He also ordered that the defendant should be remanded in the custody of correctional services.