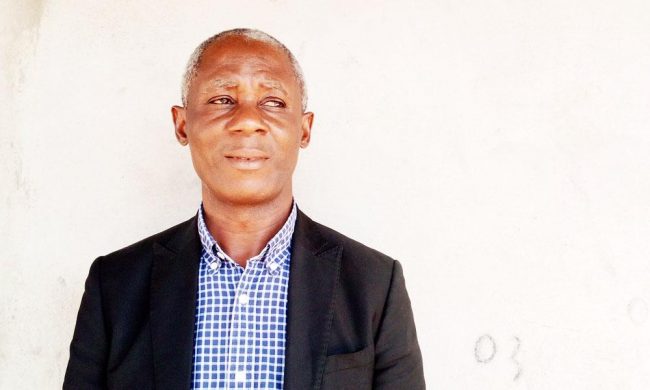 The Movement for the Survival of the Ogoni People (MOSOP) has raised an alarm over a possible massacre of the Ogoni people by the oil industry.

Speaking at the MOSOP Secretariat in Bori, headquarters of Khana local government area yesterday, President of MOSOP, Fegalo Nsuke called on the Nigerian Government to halt the possible massacre of Ogonis by ravaging private interests whom without conscience will want to forcefully resume oil production in Ogoni against the will of the people.

Nsuke said MOSOP was very disturbed by the desperation to force oil resumption in Ogoni against the will of the people.

He said attempting to resume oil production in Ogoni without first addressing the critical concerns of the Ogoni people and getting the consent of critical stakeholders in Ogoni will only lead to crises that further endangers the lives of the Ogoni people who are already suffering terrible conditions due to Shell’s extreme pollution of over 60 years.

Reacting to recent incursions into Ogoni and some comments credited to someone said to be representing a Sultan of Kuwait, president of MOSOP, Fegalo Nsuke described the move as an assault on the integrity of the Ogoni people noting that Ogoni oil and gas resources will not be sold for peanuts called investments.

Meanwhile, Nsuke said the Ogoni people cannot be taken for granted and will certainly mobilize to resist any attempt to exploit the Ogoni people any further without first addressing the fundamental demands of the Ogoni people especially the demands for political rights to self-determination.

Nsuke who said the move was an assault on Ogoni and another plot to kill the Ogoni people who are certain to resist any incursion on Ogoni soil without the consent of the Ogoni people urged the Nigerian state not to allow Kuwait or any foreign country to sponsor crises in Ogoni.

However, Nsuke warned that forceful oil resumption in Ogoni would lead to killing more Ogonis and that could throw the entire Niger Delta region into crisis. He said the conditions of the Ogoni people are very pathetic and further repression could attract the sympathy of the rest of the Niger Delta. The MOSOP leader warned against throwing Ogoni into crises.

He said it was important to halt the impending massacre of Ogonis because Ogoni lives were more important than oil and gas. He said it was important not to create crises in the area by halting all moves at forceful oil resumption. Nsuke said the Ogoni people have raised legitimate demands concerning fundamental rights to survival, decent living and self-determination.

He advised the government to enter into discussions with MOSOP to amicably resolve all legacy issues including the decriminalization of the nine Ogonis murdered by the Nigerian State on November 10, 1995, and respect for the Ogoni people as a distinct ethnic nationality in Nigeria.

The MOSOP President warned that the Ogoni people have suffered tremendously under previous repressive regimes and are still grappling to overcome the consequences of past state-sponsored repression. He expressed hopes that Nigeria’s President, Muhammadu Buhari would stand for the Ogoni people by not allowing any crises that could cost Ogoni lives.

According to Nsuke, the demands of the Ogoni people for justice and self-determination were a justifiable response to gross injustice done to the people.

Unfortunately, the Nigerian Government in alliance with Shell Petroleum Development Company, a subsidiary of Royal Dutch Shell launched a military attack on the Ogoni people killing an estimated 4,000 people. This should not be allowed to repeat itself in the 21st century, Nsuke said.

The MOSOP President said the consequences of Shell’s environmental pollution has leftover 300,000 Ogonis dead in about 60 years. Nsuke held that the Ogoni people need not be stretched any further. He noted that any pressure on Ogoni will only send a large number of people who currently grapple with health challenges to death and that will be a wrong signal to the oil-producing Niger Delta region who will likely be sympathetic to the Ogoni plight.

MOSOP called on President Muhammadu Buhari to rescue the Ogoni people from embellished greek gifts of foreigners whose only interest in Ogoni is her oil and gas resources.

He said Ogoni people cannot accept another exploitation through greek gifts. The solution according to the MOSOP President is negotiations.

Tags:   Movement for the Survival of the Ogoni People (MOSOP)   Ogoni