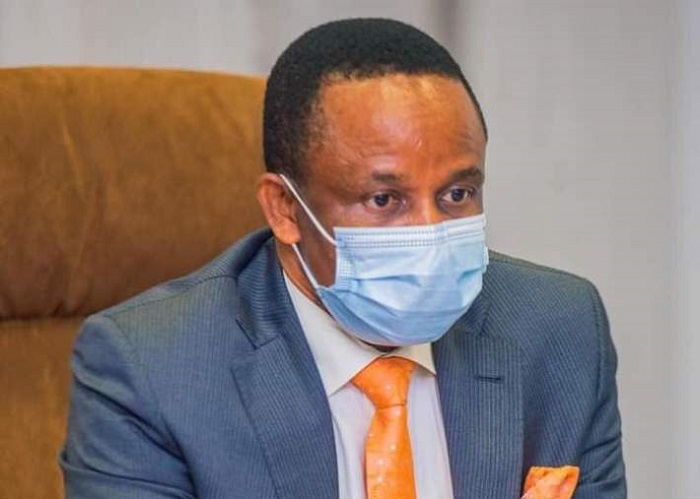 Akwa, who spoke during a special programme in commemoration of this year’s World Environment Day at the Arena Event Centre in Port Harcourt, stated that the degradation of the ecosystem had become a global challenge.

The NDDC Chief Executive Officer, who was represented by his Special Adviser Technical, Engr. Ubong James said that the ongoing Coronavirus pandemic had reminded mankind of the harm that could be inflicted on nature by reckless abuse of what we consume and how important it was to protect the environment.

Akwa said: “It is expected that by the year 2050, 95 per cent of the earth’s land will be degraded if nothing is done to restore the ecosystem. If we are to reverse this ecological crisis and restore the ecosystem for the future generation, we must begin now by bridge the gap between rhetoric and reality and turn pledges into immediate action.”

The NDDC boss further stated that the Commission had a mandate to proffer a lasting solution to the socio-economic difficulties in the Niger Delta region and turn it into “a region that is economically regenerative and politically peaceful.”

He assured that the NDDC Directorate of Environment Protection and Control would always ensure that its activities were carried out in an environmentally friendly manner, stating: “The Commission carries out sensitization activities such as awareness campaign, identification of oil spill sites, heavy metal locations and potential erosion sites.

“Environmental Impact Assessment, EIA, is essentially conducted in most of our major projects before they are awarded and executed. This is in line with the EIA Act of 1992 supervised by the Federal Ministry of Environment.”

He said that this year’s World Environment Day kicked off the UN decade on Ecosystem Restoration; a global mission to revive billions of hectares from forests to farmlands, noting: “Only with healthy ecosystems can we enhance people’s livelihoods, counter climate change and stop the collapse of biodiversity.”

Obeka affirmed that it would require collaborative efforts of government institutions, corporate organisations, individuals and communities to make a reasonable impact in halting the rapid loss and conserving the existing ecosystem.

He said that massive education and awareness creation was essential to complement laudable plans such as the one created by UNDP through the Global Environment Facility (EGF) for the restoration of biodiversity in the Niger Delta.

Obeka commended the Federal Government initiative on the Ogoni Cleanup and urged Niger Deltans to join hands to preserve our environment in every way possible.

According to him, “this will include planning environmentally sustainable project implementation, engaging in afforestation projects, such as green field, mangrove forest restoration, shoreline protection and land reclamation, biodiversity conservation, stoppage of oil spills and gas flaring, regulating artisanal refinery activities as a means of curbing the black soot menace, clean water, sanitation, carbon sequestration to stem the tide of greenhouse gas emission etc.”

Presenting a technical paper on “Ecosystem Restoration: The Way Forward for the Niger Delta Region,” a lecturer in the Department of Fisheries, University of Port Harcourt, Professor Nenibarini Zabbey, said that the task of restoring the ecosystem entailed a multi-stakeholder initiative.

He called on the NDDC to sponsor scholars in ecological engineering to help in carrying out studies that would inform appropriate laws and policies for the protection of the environment.