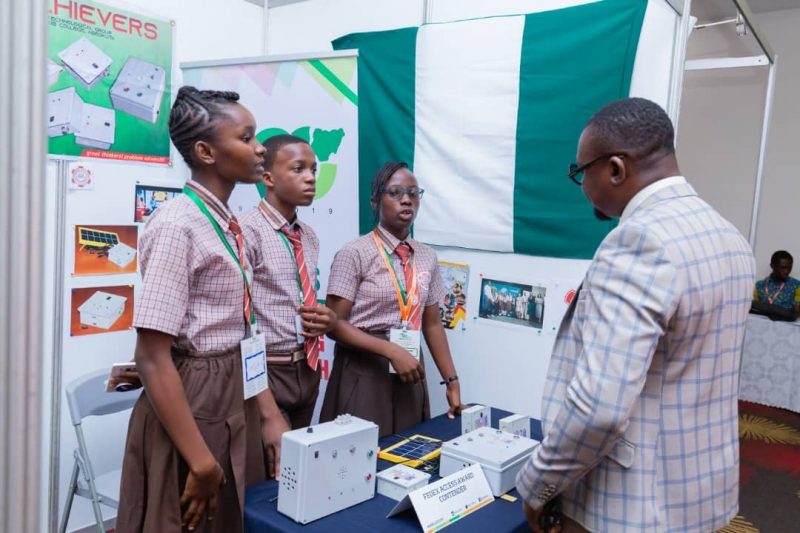 As part of contribution and to curb the explosion in the society, students of TAIDOB college, Abeokuta, have invented a gas leakage detector that will detect if a gas Cylinder is leaking or not.

The Director of the College, Mr Obawunmni Jiboku while speaking with a journalist expressed delight in the student’s intelligence to have thought it wise to put an end to the gas explosion in Ogun.

According to Mr Jiboku, “It is on record that a group of students of the College invented a gas leakage detector as part of contributions to solving local problems of persistent explosion from gas within Abeokuta vicinity lately.

He disclosed that another batch of students participated in international exhibitions, putting Ogun State on the world map and being shining examples.

He assured that the Management of the College would continue in its determination to retain and sustain the legacies built over the years by the College as a way of churning out the best of students worthy of character and learning.
Another student of our college also made the school and Ogun state proud during the Interswitch Spak National Science Competition which is the third in its series.
This is the fallout of an array of 81 top students in Nigeria who participated in the Interswitch Spak, a Pan-African Science Competition designed to empower students towards fully optimizing their potentials.
The SS2 student, Alao Elijah, who represented the College at the keenly contested competition, scored 92% to clinch the number two spot across the country.
The co-educational day and boarding secondary school located in Asero Estate at the state capital has consistently won several laurels and medals at different competitions at state, regional and national levels in the recent past.
A brainchild of the late renowned educationist and notable Egba chieftain, Prof AbayomiJiboku, who founded the College, TAIDOB was established 27 years ago.
Alao Elijah, and academic excellence recorded by other students in recent times, to the tenacity of the Management geared at providing world-class learning facilities, quality infrastructure and discipline.”
Tags:   Gas Explosion