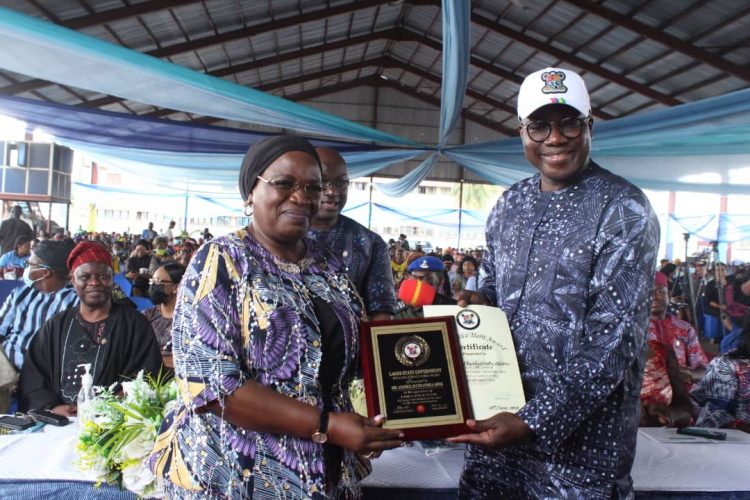 The Lagos State Head of Service, Hakeem Muri-Okunola, has urged awardees not to rest on their oars but should redouble their efforts through improved service delivery.

Muri-Okunola stated this at the grand finale of the year Public Service Week and the “Alausa Got Talent” Season Three Variety Show, themed” Deploying Technology to Sustain and Enhance service delivery in the face of this Challenging COVID 19 Pandemic Climate”.

He congratulated the awardees while encouraging them to continue to exhibit the high sense of responsibility, diligence, commitments to duty and unalloyed loyalty for which they were being honoured.

“As I congratulate all awardees, I urge you not to rest on your oars but rather encourage you to continue to exhibit the high sense of responsibility, diligence, commitments to duty and unalloyed loyalty for which you will be honoured today.

“I urge you all to redouble your efforts through improved service delivery in the coming years. In the same vein, I hope that this event would serve to motivate other members of staff to continue to put in their best in their various Ministries, Departments and Agencies (MDAs in the knowledge and assurance that their contributions will neither go unrecognized nor go unrewarded, someday”, Muri-Okunola said.

The Head of Service restated the commitment of Governor Babajide Sanwo-Olu’s administration to workers welfare enjoining public servants to remain focus and steadfast in the discharge of their duties to ensure continuities of good governance, growth and development so that the greater Lagos dream can be actualised.