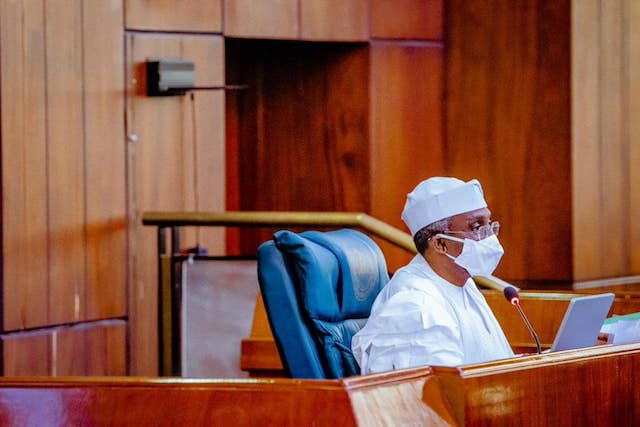 The Nigerian Senate and the House of Representatives made history on Thursday when they passed the Petroleum Industry Bill(PIB) after two decades.

The House of Representatives first passed the bill, before the Senate followed suit.

In the House,Chairman of the Adhoc Committee on the PIB, Rep. Mohammed Tahir Monguno moved for the consideration of the motion at about 1.00pm.

Mongunu said: “That the House do consider the Report of the Ahoc Committee on Petroleum Industry Bill on an Act to Provide Legal, Governance, Regulatory and Fiscal Framework for the Nigerlan Petroleum Industry, the Development of Host Communities; and for Related Matters, 2021 (HB. 1061) and approve the Recommendations therein.”

Members unanimously passed the 319 clauses of the report of the bill to make history.

The PIB had spent about 20 years at the National Assembly, failing to be passed by previous assemblies before the House passed it on Thursday.

By Thursday’s development, the third reading of the bill will be a mere formality soon to be done by the House.

Reacting to the action of the House, the Speaker, Rep. Femi Gbajabiamila, described it as a “landmark achievement.”

The speaker commended the 74 members of the PIB committee and the entire House for a job well done.

He said, “I want to use this opportunity to underscore the point made by Hon. Monguno. It is to underscore how big what this House has just done today is. It has been 20 years in coming.

“I want to commend the 74 Wisemen, who produced this piece of legislation and who have become the voices of all 360 members.

“This 9th Assembly will be recorded on the right side of history.”

The speaker used the opportunity to restate that even the Electoral Act (amendment) Bill would be passed in the next few days.

In the senate, a similar scenario played out.

After the clause by clause consideration of the report of its Joint Committee on Petroleum (Upstream, Downstream and Gas) on PIB, the bill scaled the scrutiny of the lawmakers.

Among the highlights of the legislation is the three per cent of the revenue generated by oil companies for the host communities.

The South-South lawmakers had advocated 5 per cent.

The Senate had before the passage of the bill held a closed-door session with the Minister of State for Petroleum, Chief Timipre Sylva and the Group Managing Director of the Nigerian National Petroleum Corporation (NNPC), Malam Mele Kyari.

He said the 9th National Assembly had achieved “one of its fundamental legislative agenda”.

“The demons (of PIB) have been defeated in this Chamber. We have passed the bill,” he said.