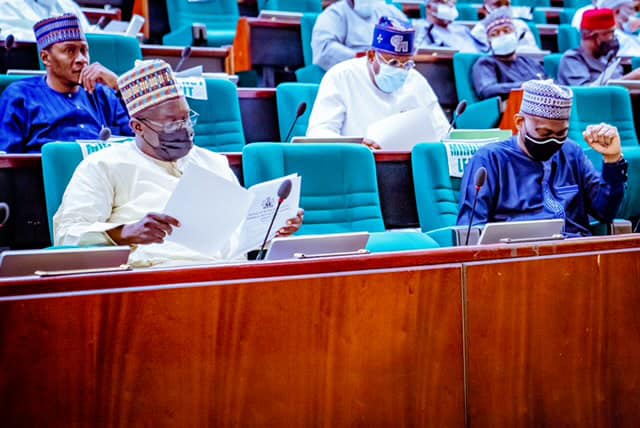 Members of the House of Representatives

The House of Representatives has asked the Federal Government to continue with the ongoing dialogue with Twitter over the suspension of the microblogging platform in Nigeria, to create room for amicable settlement on the matter.

The lawmakers said the Federal Government should be proactive in its interface with Twitter so as to come up with a timely resolution.

The House, while adopting the report of its joint committee on Information, National Orientation, Ethics and Values, Telecommunications, Information and Technology, Justice, and National Security and Intelligence, on Thursday, also said the Federal Government should always communicate to Nigerians whenever such critical decision would be taken.

The lawmakers said the Federal Government should take into cognizance the negative effect of the Twitter suspension on Nigerians who depend on the platform for their livelihood.

The Green Chamber asked the relevant government institutions such as the National Broadcasting Commission (NBC) and the Nigeria Communication Satellite to be “alive to their mandate by doing the needful to avoid future occurrence of this nature.”

The House had on June 8 mandated the joint committee to swing into action and investigate the Twitter suspension by the government with a view to determining the circumstances that led to the action and the legal framework it relied upon for such.

The joint committee was specifically asked to invite the Minister of Information and Culture, Alhaji Lai Mohammed over the matter.

Having concluded its assignment, the committee’s report was brought before the House for consideration with six recommendations made.