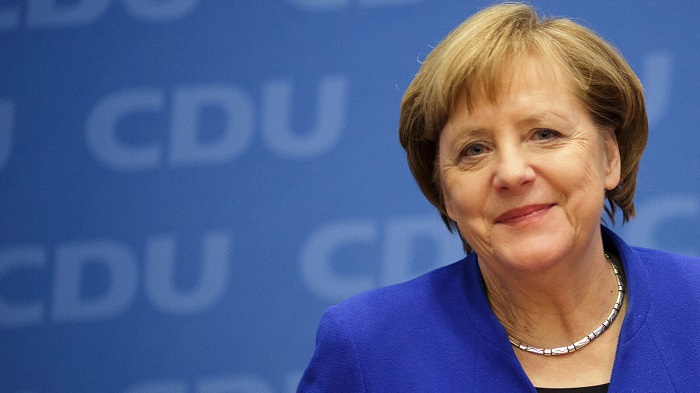 In the poll conducted by opinion research firm YouGov, 30 per cent said they would vote for Merkel’s Christian Democratic Union (CDU) or its Bavarian counterpart, the Christian Social Union (CSU).

This is a 4 percentage point increase on the previous month.

Merkel is set to leave office after 16 years following the elections on September 26.

CDU party leader Armin Laschet is campaigning to succeed her.

The Greens, whose chancellor candidate Annalena Baerbock has lost some of her initial popularity amid a series of mishaps fell 3 points to 19 per cent, according to the survey.

This would put the Greens in second place, followed by the Social Democrats at a stable 15 per cent.

Of the respondents, 11 per cent said they would vote for the far-right Alternative for Germany unchanged from the previous month.

Another 11 percent said they would vote for the pro-business Free Democrats, putting them down 1 percentage point.

The hard-left Die Linke remained at 7 per cent.

Other surveys also gave the CDU/CSU a clear lead over the Greens.

A recent poll by the Forsa opinion research firm placed them at 30 per cent, compared to 20 per cent for the Greens.

Such opinion polls are generally fraught with uncertainty.

Among other things, weakening party ties and last-minute choices made it difficult for researchers to weight the data collected.

YouGov states a statistical margin of error of 2.2 percentage points in a share value of 30 per cent.(dpa/NAN)