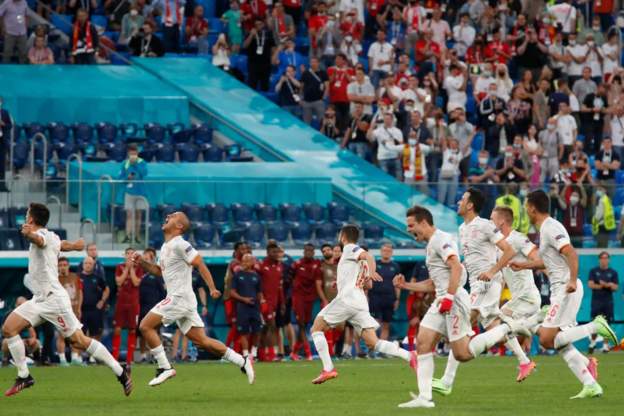 The match had ended 1-1 on duration time, necessitating an extra-time, which produced no goal.

Penalties have to decide the encounter. Switzerland were not so lucky like they did in dumping out France from Euro 2020 round of 16 on penalties.

Switzerland missed three of the penalty kicks while Spain scored three penalties to go through to the Semi-finals to meet the winner between Italy and Belgium.

The Spanish side had opened scoring on eight minutes through an own goal by Denis Zakaria who deflected the ball into his own net.

A mistake from the defence gifted a chance to a lurking Shaqiri, who kept his cool and rolled the ball into the net from close range.

The game entered extra time with Spain mounting serious pressure on Switzerland that have been reduced to 10 men before duration time, but they could not break the resilience Swiss defence and the prowess of their goalkeeper.