Femi Adesina: Where did this Zulum emerge from? - P.M. News

Femi Adesina: Where did this Zulum emerge from? 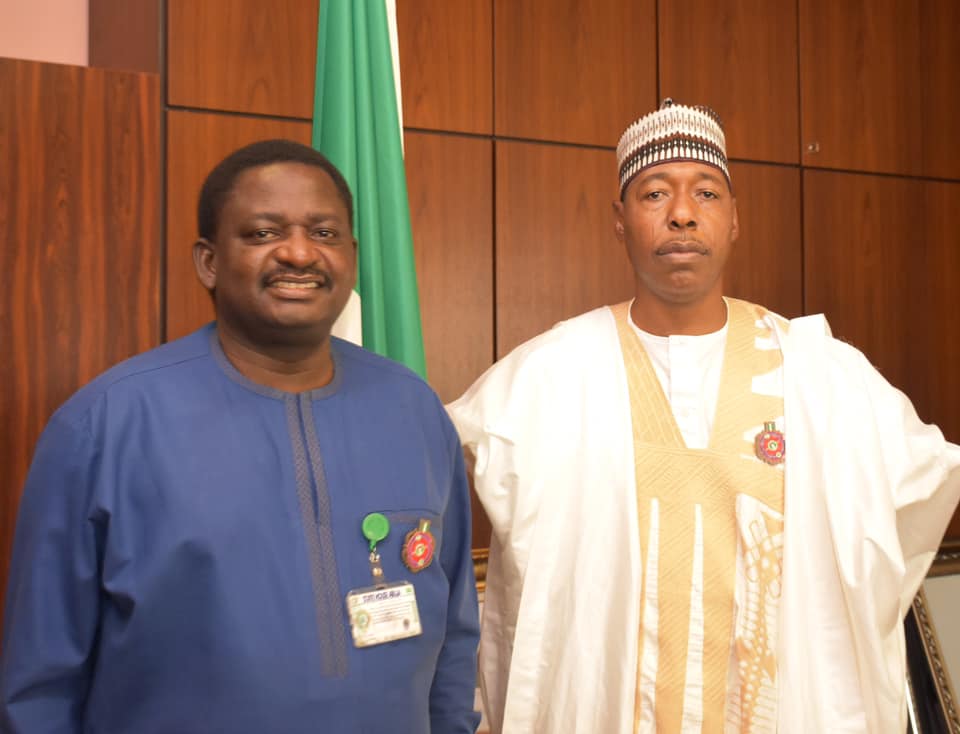 I know he is an academic, a Professor and a former Rector of Ramat Polytechnic, Borno State. He was also Commissioner for Reconstruction under the immediate past Governor Kashim Shettima. But where did this man called Babagana Umara Zulum emerge from? How come he is doing unusual, uncommon things, and being very modest about it? Do they still make them like this?

President Muhammadu Buhari was in Maiduguri, Borno State, a fortnight ago to commission some (just some) projects already completed by the Zulum administration. It was like streams in a desert, a breath of fresh air in a milieu once overtaken by death and destruction, caused by the Boko Haram insurgency. The snake is badly scorched, but yet to be decapitated. Soon, and very soon.

With the state in which he inherited Borno State, which has been the epicenter of insurgency since 2009, it is easy, very easy, for Governor Zulum to have done nothing in terms of development. And he would have a good excuse, a smokescreen, an alibi. We are spending all the money to provide security for our people. They need to be alive first, before we can talk of development. And he would smile daily to the bank.

But the palm frond flourishes and luxuriates amidst thorns. Despite the humongous resources being deployed to combat insecurity, great developmental strides are also being taken, because Zulum is not squirreling everything away, building a tidy nest for himself and generations unborn.

It is said that while he was the Commissioner for Reconstruction, Zulum still lived in the family house. He hadn’t built a home for himself. No wonder he became Governor, and is serving with heart and might, despite the grave challenges.

President Buhari, who was a military governor of the old Borno State, had very kind words for Zulum when he visited. A man parsimonious with praises, the President said the host was forthright, resilient, and committed to development, despite the security challenges confronting the State.

The President said the Governor takes huge personal risks to promote peace and development, spending nights with the vulnerable and displaced. And I ask again: where did this man emerge from? It’s never done like that here.
Ask me for one of the ‘poster boys’ for the All Progressives Congress (APC), and I’ll gladly show you Governor Zulum. It takes a heart dedicated to service to build roads, schools, hospitals, mass housing, and many others, that the President commissioned when he visited Borno. And the half has never yet been told.

The APC waxes stronger by the day. While the rival People’s Democratic Party (PDP) waxes weaker and weaker. A topic for another day, but with Governors like Zulum, I’ll put my money on the APC any day.

With public officers like Zulum, confidence is rekindled in Nigeria. Not everyone is a thief. Not everyone is a plunderer. Muhammadu Buhari, honest, straight as an arrow, is replicating himself in many people. Zulum seems to be one, and it makes one glad.

If what we see in Borno now happens under the miasma of insecurity, what will then happen when peace and amity return, which will inexorably happen? Kashim Shettima, the immediate past Governor took great strides. He has bequeathed to the State a man taking giant strides. That’s the way it should be. You don’t succeed without a worthy successor.

I know Governor Zulum. He has no airs around him. He’s just like the man next door. Simple, self-effacing. True is the saying that it’s the empty barrels that make the loudest noise.

He’s young, focused, achieving. I suspect that Zulum , God willing, would be around for a long time to come, growing from strength to strength. I’m not a prophet, but I believe that we would be hearing from this servant of the people for a lot longer time in the political realm.