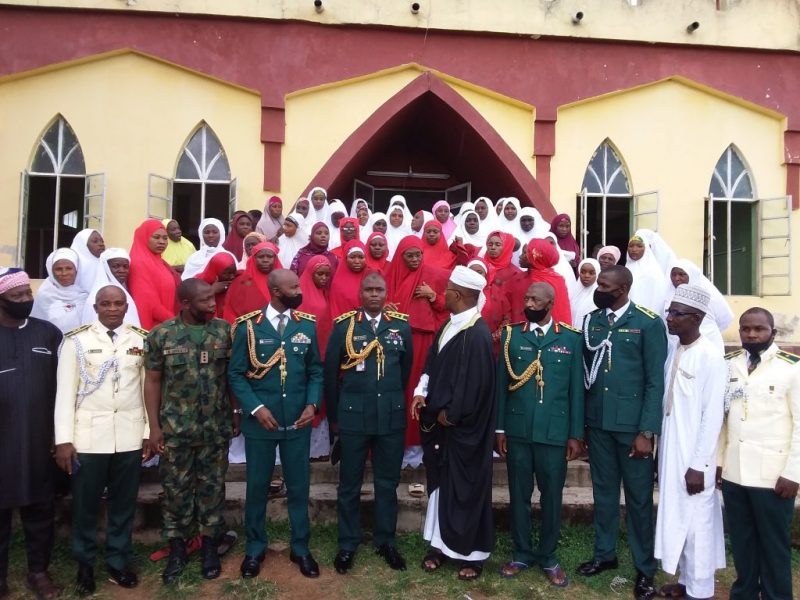 A cross section of Army during the jumat Sevice marking the 2021 Nigerian Army Day Celebration at 2 Division Nigerian Army.

The GOC, represented by the Division’s Chief of Staff, Brig.-Gen. Abubakar Wase called on Nigerians to unite to win the war against insurgency.

Chibuisi said that the country could only progress when there was unity and mutual understanding among the citizens.

He said that the army would continue to perform its constitutional role of protecting the country against external aggression for its progress.

Chibuisi called on the officers to always maintain their level of loyalty and uphold the constitution of the country.

In his sermon, the Chief Imam of the Division, Deputy Director Islamic Affairs, Col. Aliyu Emekoma, urged Nigerians to utilise their time properly, in order not to regret it in the hereafter.

Emekoma said that lots of people wasted their time on things not beneficial to them as individuals and to society in general.

“Be obedient to God, channel your time to nation-building. Anyone who properly utilises his time will not regret here on earth and in the hereafter,” Emekoma said.

Speaking on behalf of the Nigerian Army Officer’s Wives Association (NAOWA), 2 Division, Mrs Islamiyah Aliyu, called on the officers’ wives to live harmoniously and prayed for the success of officers on the frontline.

Aliyu urged them to continue to take care of their homes and be good mothers to their children.