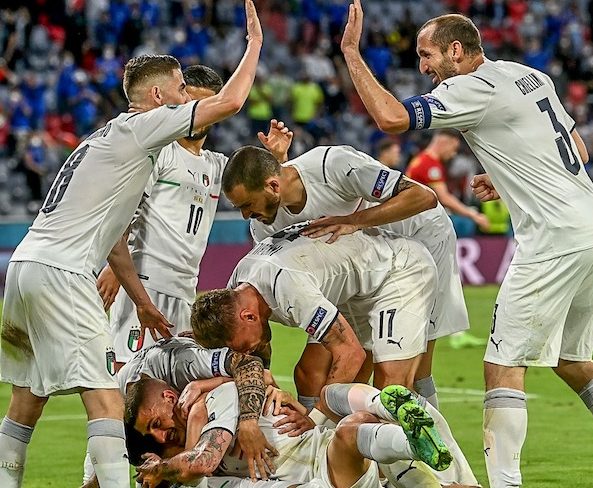 Italy set up a titillating Euro 2020 semi-final clash against Spain after first half goals from Nicolo Barella and Lorenzo Insigne gave them a 2-1 win over Belgium on Friday.

The entertaining encounter in Munich, Germany saw both sides creating a number of chances.

Italy — who will face the Spaniards on Tuesday in London — opened the scoring in the 31st minute when Barella picked up the ball, forced his way past defenders in the area and fired home.

Insigne doubled the lead in the 44th minute after collecting the ball on the left and skipping beyond a defender before unleashing a long-range shot that flew past Thibaut Courtois.

Romelu Lukaku clawed a goal back for Belgium from the penalty spot just before the break after Giovanni Di Lorenzo put an arm on Jeremy Doku and pushed him to the ground.

Spain on the other hand squeezed past Switzerland 3-1 in a penalty shootout to reach the last four after their battling opponents clung to a 1-1 draw after extra time despite going down to 10 men.