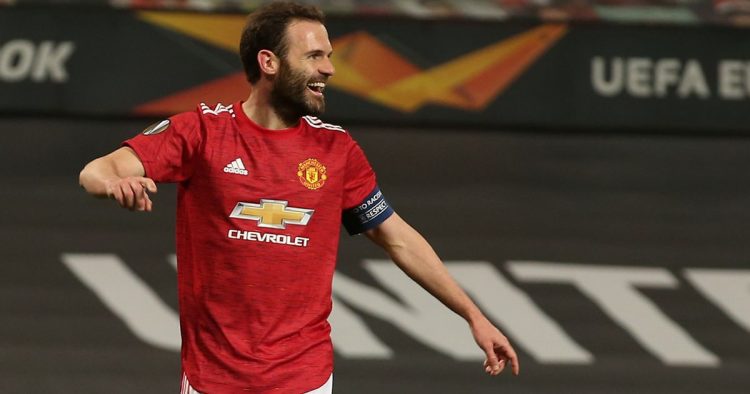 Manchester United midfielder Juan Mata has agreed a new one-year contract to stay at Old Trafford until next summer.

The new contract will take Mata into a ninth season as a United player, having joined from Chelsea in January 2014 for what was then a club record £37.1m transfer fee.

Mata has played 273 times for United but his role last season was significantly reduced as a result of the 2020 arrival of Bruno Fernandes and the continued rise of Mason Greenwood.

When speaking about Mata’s future in May, United boss Ole Gunnar Solskjaer explained that the player would have the final say over whether he was to stay or go.

“He’s in charge of his own future and he’s been such a good servant for the club. But of course, it’s hard, as I’ve said so many times, to leave good players out, good people out of the team,” Solskjaer said at that time.

With United willing to offer a new contract, Mata has chosen to stay, despite the likelihood that he will remain a back-up player in a squad that has now added Jadon Sancho to the mix.