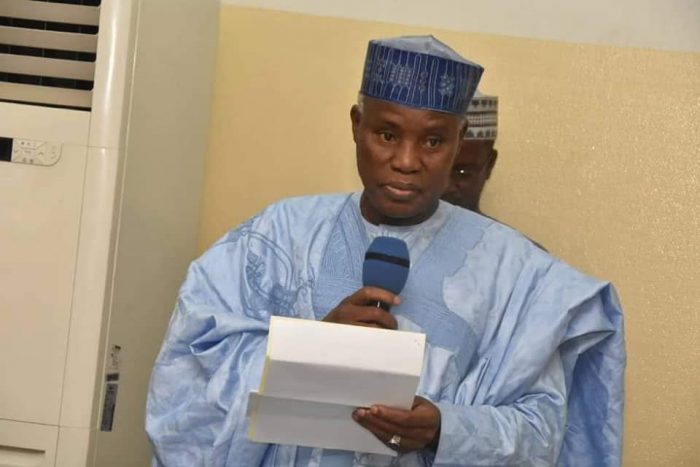 A Memorandum of understanding between the Governments of Nigeria and the Gambia on Military Cooperations has been signed to tackle insurgency.

The Special Assistance to the Minister of Defence, Mohammed Abdulkadri, in a statement on Friday, in Abuja that the common threats of insecurities were to be jointly tackled.

Abdulkadiri in the statement said the Minister of Defence Maj Gen Bashir Magashi and the Gambian High Commissioner to Nigeria, Mohamadou Musa Njie were the signatories for both countries.

Magashi agreed that the MoU could not have come at a better and more auspicious time than now when both countries are experiencing insurgency.

The representatives of the two countries pledged in their separate speeches to operationalise the terms and conditions of the MoU.

Specific instances and references were made to the expectations from the newly formalised diplomatic ties between the two countries.

They include boosting the hitherto existing joint Military manoeuvrability, operability as well as tactical and technical synergy.

Other areas enshrined in the MoU include enhanced networking in Intelligence sharing, capacity building and the need to emplace robust counter trans-national strategy to decisively clear the effrontery.

Magashi said the audacity of the adversaries threatening the corporate existence of the two coastal nations who share common Membership of African Union, ECOWAS and geographical similarities within the West African sub-region.

The minister noted it was on record that Nigeria has been playing big brotherly roles to the Republic of the Gambia in stabilising her polity and resolving its electoral impasse in 2016.

” Nigeria currently deployed over two hundred forces serving in the ECOWAS Mission in the Gambia, ECOMIG and presently enlisted the Gambian Military officers,” he said.

The minister added that other personnel are into various institutions in the country with prospects for more intake of candidates in the coming years as contained in the MoU.