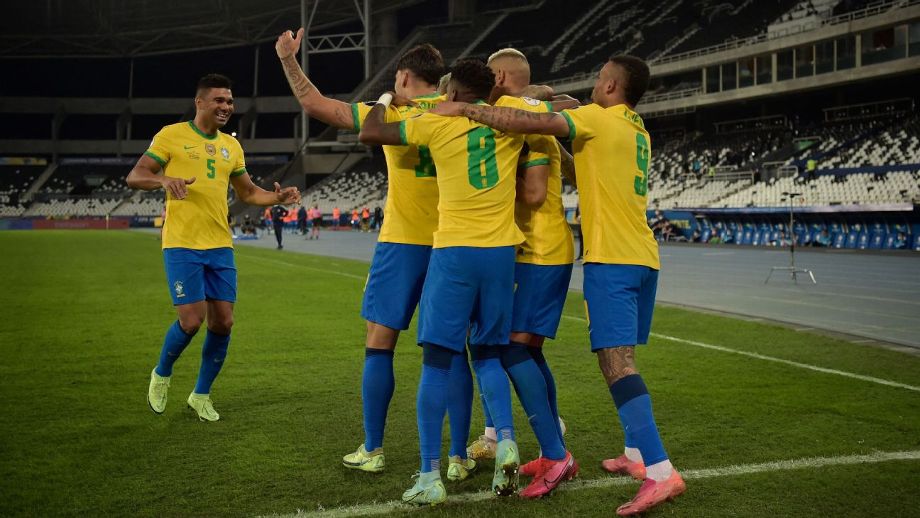 Brazil rejoice moving to next round of Copa America

Despite playing most of the second half with 10 players, Brazil overcame Chile 1-0 in their quarterfinal match at the Copa America in Rio on Friday night.

Brazil were reduced to 10 men following a straight red card shown to Gabriel Jesus in the second half.

He volleying home from close range after a neat bit of build-up play from Brazil.

It was the only game of the match despite that the two teams managed nine shots on target.

The result means Brazil will face Peru, who beat Paraguay earlier in the day, in the semifinal round of the Copa America.

The other quarter-finals will be played on Saturday, featuring Argentina against Ecuador and Uruguay playing Colombia.