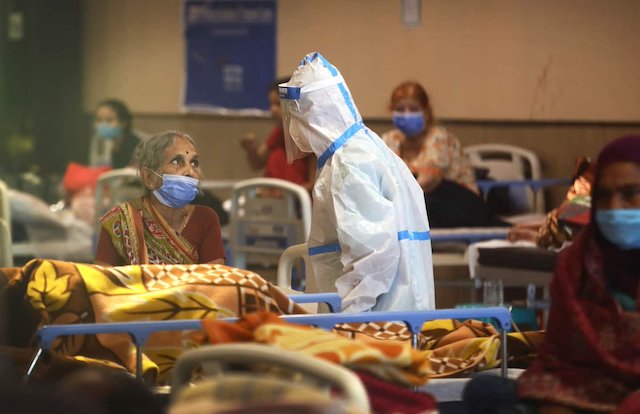 Zimbabwe has announced a two-week lockdown aimed at curbing the recent surge in Coronavirus (COVID-19) cases, with the country reporting more than 4,600 infections last week.

Last week’s increase represents a 156-per cent increase in just one week.

A spokesperson for Secretary-General, Antonio Guterres, Stephane Dujarric disclosed this while briefing correspondents at the UN headquarters in New York on Friday.

Dujarric said the UN team, led by the Resident Coordinator, Maria Ribeiro, had stepped up its support to the national COVID response efforts to support the country.

“The UN team is also delivering medical, protective, and sanitizing equipment and supplies to healthcare workers, schools, and communities,’’ he said.

In Niger, the spokesperson said UNICEF reported that 2.1 million children needed humanitarian assistance and that is about a third more than just a year ago.

Attacks along the borders with Burkina Faso, Mali and Nigeria have led to significant displacements and continue to wreak havoc on the lives of hundreds of thousands of children, the agency said.

He said the number of schools forced to close due to insecurity in conflict areas had increased from 312 to 377 over the past few months.

“Threats to school security have been particularly acute in the regions of Tillabéry, Tahoua and Diffa.’’

According to him, UNICEF is appealing for safe and sustained access to deliver humanitarian assistance to impacted populations, including women and children, wherever they are.

Briefing on the Central Africa Republic, Dujarric said the office for the Coordination of Humanitarian Affairs had made it known that the situation remained tense in Alindao – a town east of Bangui – following clashes between UPC combatants and the Central African army.

The spokesperson reported that the UN colleagues said that the violence in the city could further worsen the humanitarian situation.

“There is a shortage of food reported. Markets and shops are closed.

“Thousands of people have presumedly been displaced, including at the hospital, at the peacekeeping base, as well as sites for displaced people,’’ he said.

On the Democratic Republic of the Congo (DRC), he said a convoy of the UN Mission’s Force Intervention Brigade repelled two separate and consecutive attacks perpetrated by suspected Mayi-Mayi elements in the southwestern part of Bunia, in the province of Ituri on Thursday.

According to him, the attacks resulted in one peacekeeper injured and damage a UN vehicle while the convoy proceeded to Bunia for medical assistance, and the peacekeeper is in stable condition.

“In recent months, the UN Peacekeeping mission has intensified its patrols in the region to protect civilians from rebel attacks, working closely with the Congolese armed forces.

“This incident is an example of the Mission’s ability to respond to threats, keep peacekeepers safe, and deliver on its mandate to protect civilians.’’