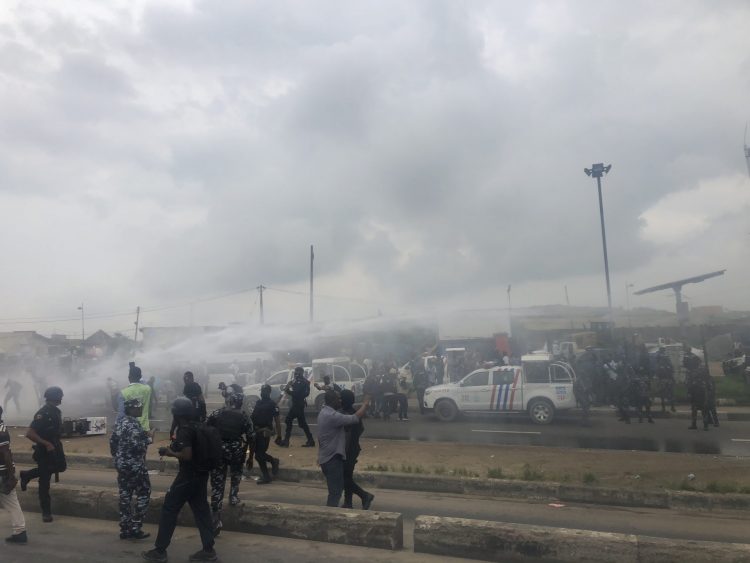 The Ojota area of Lagos is currently boiling as police officers have begun to disperse Yoruba nation protesters.

The protesters who surfaced around 10:40am gathered at the Gani Fawehinmi Park, Ojota, chanting songs, while also displaying banners.

The police stood back and watched for some minutes.

About 40 minutes after the agitation continued, police officers began spraying water at the protesters while advancing forward.

Gunshots were also fired into the air as protesters scamper for safety.

P.M. News reporter at the venue noted that some agitators were arrested.

He also noted that the area is currently not safe for movement.

Some of the protesters were women who were decked in white wrappers, like Orisha ddevotees.

The traditionalists while speaking to police men urged them to protect them rather than teargas them.

N:B: Please stay safe and avoid the route for now. Thank You.