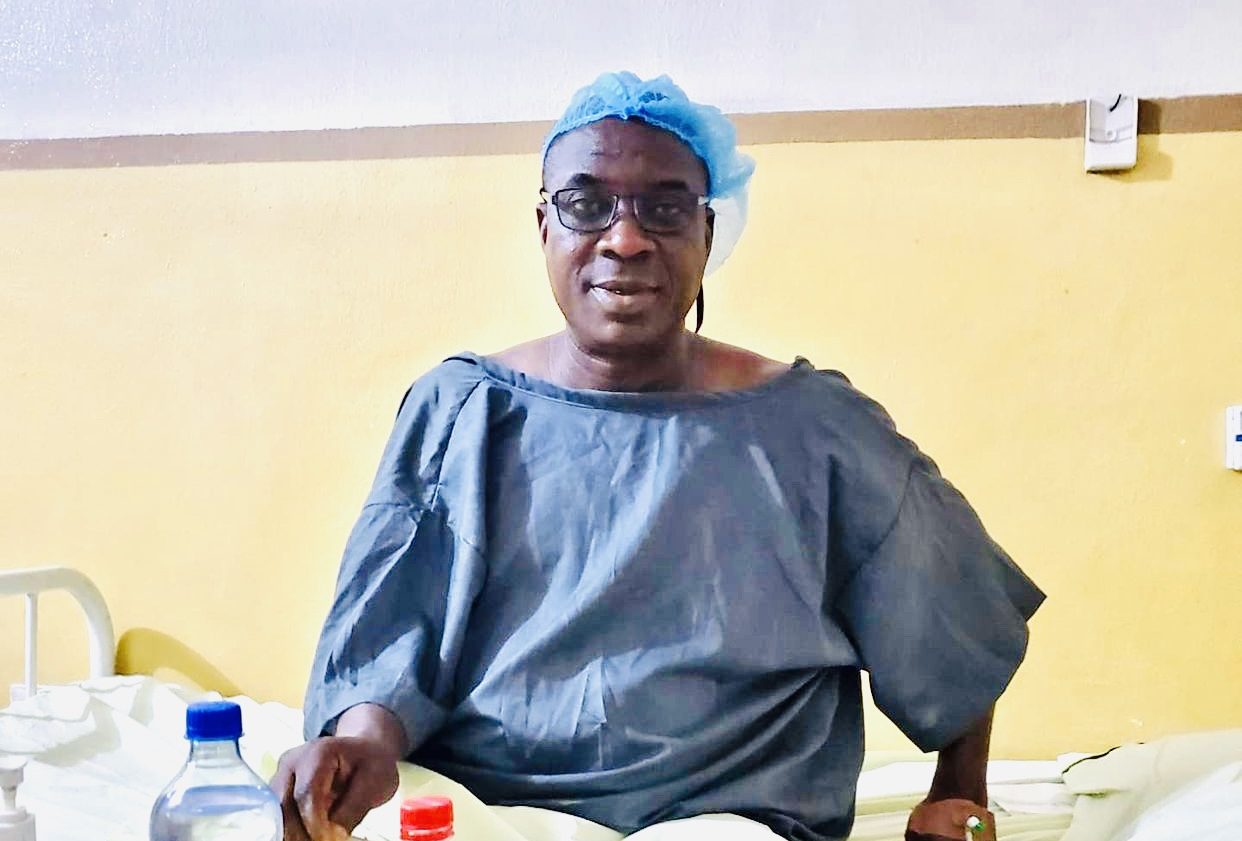 Canada-based show promoter, Bolaji Saheed Basia who is also a close friend of the singer shared his pictures on a hospital bed on Saturday night.

“Minor surgery though but I still give thanks to almighty God for the success,” the entertainment and hospitality businessman wrote on Instagram.

Bolaji and K1 have been friends for four decades from their days in Agarawu, Lagos Island.

The Fuji king had joined others for an exclusive birthday celebration for his friend on June 25.

“I called the agent when I didn’t hear from the owner again. He told me the property had been paid for. I asked him why and who? My thought was the owner was playing games with me so that he can increase the price.

“Until he told me it was my friend that paid for it… I called him to thank him and get his account number to refund his money. He told me OMO, THAT WAS YOUR 60TH BIRTHDAY GIFT FROM ME…,” he wrote.