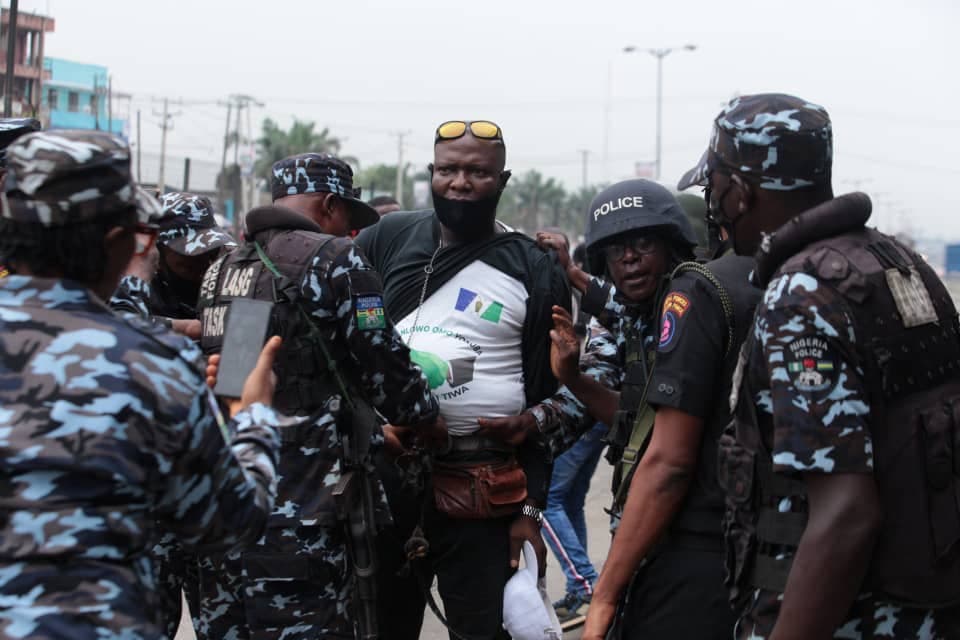 Ilana Omo Oodua has released a list of members of the group who were arrested on Saturday during the Yoruba Nation protest in Ojota.

According to the group, 21 of its members were allegedly arrested and are being held at state CID, Panti, Yaba.

However, Maxwell Adeleye, spokesperson for the pro-Yoruba nation group said they have begun steps to get arrested members out of police custody.

“We are making moves to bail them. They are detained at Panti Police Station. We demand immediate release of everyone arrested at the Lagos rally, he said when contacted.