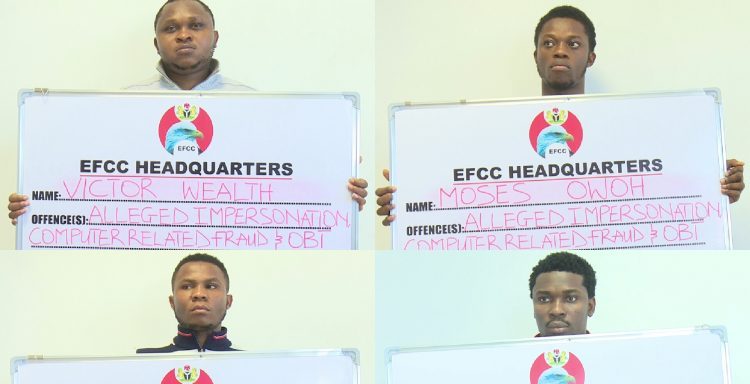 The Operatives of the Economic and Financial Crimes Commission, EFCC, on Monday arrested four suspected internet fraudsters in Kubwa and Jahi areas of Abuja.

A statement issued by EFCC’s spokesman, Wilson Uwujaren said they were arrested following credible intelligence received by the Commission on their alleged involvement in computer-related fraud.

Items recovered from them include 2 exotic cars and mobile phones.

The commission said the suspects would be be charged to court as soon as investigation was concluded.